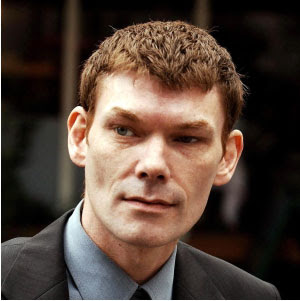 Gary McKinnon has been described as a “hacker” but this is a misnomer. He is simply an ordinary Internet surfer with basic computer skills and no IT qualifications. After watching the Disclosure Project press conference in 2001 (see links) he decided to browse through the United States Department of Defence to see what they had on UFO’s and suppressed Free Energy. No great surprise, there was nothing obviously declassified. But all Gary had to do was search a little deeper and he came across some extremely highly classified documents relating to UFO’s. To his amazement these files weren’t on secure servers! They weren’t even password-protected! They were there on the net for anyone to see! All he had to do was register on the Pentagon system and he was granted administrator’s privileges! Whoever they've got hosting the Pentagon website they've obviously been selected more for other qualities, like keeping their mouths shut, than their IT skills! He then went on to view some very sensitive information including a close-up photo of a UFO taken in space, the kind NASA cuts out of the Space Shuttle mission footage, and a list of military personnel under the enigmatic title of “non-terrestrial officers”. It included names, ranks and service numbers. What this means is anyone’s guess, but several rumours have come out on the subject of alien-Earth exchange programmes like Project Serpo and the testimony of Dan Burisch. Do these names refer to human astronauts who are visiting other planets, or maybe aliens visiting Earth!? Take your pick!

Gary didn’t really think he was doing anything seriously wrong, but a few months later the police burst into his home and arrested him. He was told he was being charged with some minor misdemeanors like cyber-trespassing and damage to computer systems. He was told to expect six months community service. This was then later extended to extradition to the USA and… sixty years in jail! It sounds like someone is scared of what he did and what he found out and wants to shut him up. Either that or they want to make an example of him, to warn the rest of us off. At the moment he is fighting extradition and his case is due to be heard in June by the House of Lords. I think this proves that whatever he saw it is real. He is not making it up! UFO’s are a reality and the governments are vigorously suppressing it. Otherwise why would they come down so hard on him? If he’d murdered an American citizen on holiday in Florida he’d be in less trouble than he is now! Gary is very adamant that meant no harm. He wanted to look for information on UFO's and Free Energy because he, like me, believes that the world needs to know about it. We've got pollution and oil wars, old folk freezing to death in their homes every winter because they can't afford their domestic fuel bills, when technology exists that makes all fossil fuel-powered systems totally obsolete and could provide unlimited energy to everyone on Earth for no money at all. It's an insane state of affairs!

I went to the US Dept of Defence website:
http://www.defenselink.mil/ and searched for any pages under the tags of “UFO” and “non-Terrestrial officers”, but came up with nothing on “UFO" at all (which even the British MoD is tackling, see below) and nothing on “non-Terrestrial officers” except a vague PDF paragraph relating to communications satellites over Kosovo. I imagine that Gary’s exploits have taught them a lesson and they’ve tightened up security. Instead of punishing him maybe they should have instead offered him a job! He could be employed to kick their incompetent website team into shape! It would be the ultimate in using a thief to catch a thief!

Here's Gary's site: http://freegary.org.uk/ And I see a rapper has even written a song about him: http://www.youtube.com/watch?v=cEpLlkpmSNU
Posted by Ben Emlyn-Jones at 15:54

You "forgot" to add the parts where he admitted to deleting military files, http://www.guardian.co.uk/world/2009/aug/01/gary-mckinnon-extradition-nightmare

He also has been repeatedly told that the maximum sentence he would receive would be light, 18 months to 3 years in a minimum security jail.
Read that article, it's all in his own words and he even admits that getting caught was good for him as he had some serious problems with hacking.
Can't do the time, don't do the crime.

Ever wanted to get free Facebook Followers and Likes?
Did you know that you can get these ON AUTOPILOT & TOTALLY FOR FREE by using Like 4 Like?

BlueHost is ultimately one of the best web-hosting provider with plans for any hosting needs.