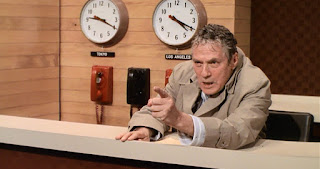 "I'm as mad as hell and I'm not going to take this anymore!"

I love good mainstream media productions, like the ones I list in the background below. One of the reasons I love them so much is because the mainstream media is generally so incredibly dire. However, this is not a universal absolute, for example see the background links and: https://hpanwo.blogspot.com/2012/03/some-of-them-are-on-our-side.html. A mainstream media film that is good and is also a satire on the mainstream media is even better. I'm talking about Network, an American movie made in the mid-1970's that has since gained a cult following. Source: https://www.imdb.com/title/tt0074958/. It is often stated to be a prediction of much of the 21st century media, especially reality TV; and as this century has aged, more and more people are coming back to Network and appreciating its foresight. The film has no score and very meagre and perfunctory titles. There is a narrator, but he only speaks a few times. It has an almost fly-on-the-wall docudrama atmosphere, a made-for-TV style, even though it actually came out on the big screen. It is about an imaginary television company called UBS that hosts an elderly and distinguished newsreader called Howard Beale who is a popular celebrity; until something highly strange happens to him. Beale is about to retire and UBS plan to make that a big occasion. After a drunken goodbye pub crawl with his friend and producer, Max Schumacher, Beale announces during his programme that he intends to commit suicide by shooting himself live on the show during what is scheduled to be his final broadcast the following day. Uproar obviously follows. This scene was inspired by a real life event two years earlier. A TV newsreader called Christine Chubbock shot herself in front of the cameras while on air. (There are a few videos claiming to be recordings of the event floating round, for example: https://www.liveleak.com/view?t=1e9_1486714728. They are all fake. The sole VT record of the suicide was only shown during the coroner's inquest then moved to a safe.) Beale is ejected from the studio by security guards. Schumacher feels guilty because of the party the previous night and offers to take care of Beale at his own home. He also allows Beale to return to the studio for his last show on the proviso that he does not get drunk and also apologizes. However, when Beale gets onto the programme he says: "I just ran out of bullshit..." There is yet another furious media scandal, however because of that scandal the viewing figures of UBS soar. One of the UBS staff who realizes the positive side of outrage is a young director called Diana Christiansen. She is a high-powered career woman who is a workaholic. She is having an affair with Max Schumacher, who is much older than her and has been married for twenty-five years; but even while making love she is emotionally cold and still continues to talk to him about work. She has a plan for a programme involving real life controversy. She got the idea when The ELF- Ecumenical Liberation Front, a far leftist terror group modelled on the various violent leftwing splinter cells that emerged in the western world in the 60's and 70's like the Red Army Faction in Germany, robs a bank and films the crime. She invites the ELF to take part in her programme, along with a mystic astrologer and several other controversial characters. She wants Beale to postpone his retirement and do one of his rants on her show. In the meantime, Beale is becoming more and more eccentric. He hears voices in the middle of the night telling him that he is a channel for some transcendental intelligence. It is similar to Moses and his communion with God, although at one point the voice says: "I am not God." According to his very conformist colleagues, Howard is simply having a mental breakdown. Howard is convinced he is really having a spiritual awakening. He says: "It's not a breakdown. I've never felt so orderly in my life... It's like what the Hindus call prana...The exalted flow of the space-time continuum... I'm on the verge of ultimate truth." There is a real life TV presenter who was denounced as insane when he had a spiritual awakening; you've probably guessed who I'm talking about. However the 1992 Wogan show didn't take place until more than fifteen years after Network was released. It's uncanny how life imitates art. At this point I truly warmed to Howard Beale. From the beginning of the film I liked him, but by this point he has emerged as one of my favourite fictional characters. This is probably because of my respect for David Icke. If I had been working at that TV studio I would have been a good friend to Howard Beale. I would have been interested to hear what he had to say. 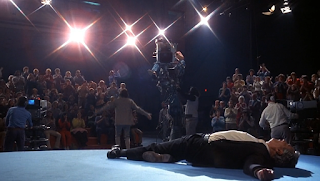 Howard Beale, "the Mad Prophet of the Airwaves!", faints after his reality TV performance. 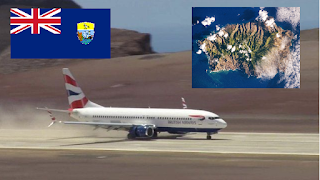 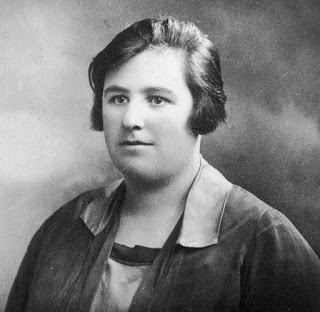 I have decided to put links to all my publications on the subject of Helen Duncan and the 1944 Witchcraft Trial into a single portal where readers can access them easily and systematically. I did the same for Brexit, see: https://hpanwo.blogspot.com/2019/10/brexit-portal.html, Jeffrey Epstein, see: https://hpanwo-voice.blogspot.com/2019/08/jeffrey-epstein-death-portal.html and UFO Disclosure, see: http://hpanwo.blogspot.com/2020/02/ufo-disclosure-portal.html. The posts will be in chronological order and separated under the categories of HPANWO Voice, HPANWO TV, HPANWO Radio. The Helen Duncan issue is definitely not over and I will be adding further entries to this. 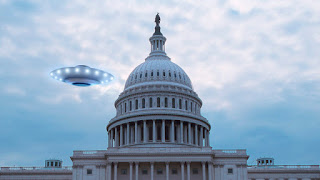 I have decided to put links to all my publications on the subject of UFO Disclosure into a single portal where readers can access them easily and systematically. I did the same for Brexit, see: https://hpanwo.blogspot.com/2019/10/brexit-portal.html and Jeffrey Epstein, see: https://hpanwo-voice.blogspot.com/2019/08/jeffrey-epstein-death-portal.html. The posts will be in chronological order and separated under the categories of HPANWO Voice, HPANWO TV, HPANWO Radio, Ben' Bookcase and the HPANWO main site. I include Ben's Bookcase this time because I have links to my own Disclosure novels, the Roswell Trilogy. The Disclosure issue is definitely not over and I will be adding further entries to this database in the future when I produce them.

Posted by Ben Emlyn-Jones at 23:48 No comments: