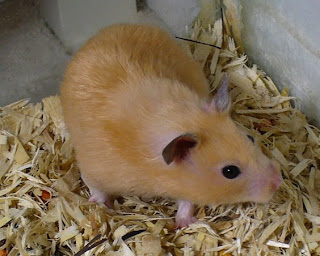 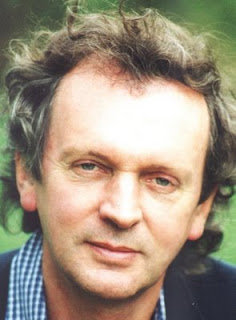 The psychic ability of animals is something that has been studied carefully by parapsychologists alongside that of humans; also mediums in Spiritualist Churches will occasionally refer to the phenomenon and pass on messages from their clients’ deceased pets. Unlike psychical research on humans, the research on animals has not waned during the 20th and 21st Century; if anything it has almost gained respectability while its human counterpart’s has declined. The most interesting and prominent researcher into animal parapsychology is probably Rupert Sheldrake (http://www.sheldrake.org/homepage.html . And here’s a lecture by Rupert Sheldrake: http://video.google.com/videoplay?docid=6285430996722410689&ei=z807SYXAHZHYiAKZz_GsCQ&q=rupert+sheldrake ). The most promising species in this area of research is the dog. In fact many dog owners will relate astonishing stories of their four-legged friends’ extra-sensory insight. For example dogs seem to know instinctively that their owner is returning after a long period away from home. They will become more excited and cheerful as their owner approaches the house, even though they may be driving on a distant road or on a train or plane and too far away for the dog to physically sense them. There may be a mundane explanation in some cases; it’s well-known that dogs understand a certain amount of human speech, “walkies”, “sit!” and “good boy” etc. But dogs also quickly learn the names of the people in their family and if the other humans in the household are talking about a person a lot because they know that person is coming home the dog could well hear that person’s name being mentioned and work out the good news. But apparently there are cases when a dog has reacted to a person’s impending return when nobody in the household knew that the person was returning and so would not have given the dog any verbal clues. There are even more fascinating stories of a dog or their owner knowing when the other has had an accident or sudden illness. I’ve even heard a case on TV of a man who had psychic communion with the spirit of his dog who died a few months before. Other species are mentioned in some of this research too, but few scientists have closely studied the species with which I myself had a strange and powerful paranormal experience.

My 13-year old daughter and I had a hamster a few years ago called DW. I took DW in mostly to please my daughter, but I grew rather fond of her myself. Hamsters are very cute, amiable and interesting to watch. They have pouches in their cheeks to carry food and build little nests for themselves out of paper and any other suitable material you provide for them. They are cheap and easy to care for too; you just make sure they have a clean cage, a running-wheel to exercise on; toys to play with, food and water, and then they take care of themselves. The downside is that their lifespan is very short; they usually only live between 18 and 27 months, so I had to make an effort not to get too fond of DW. DW seemed oblivious to her surroundings and was always focused on some activity: eating, running on her wheel, gnawing a piece of wood or cardboard etc. She never reacted to anyone’s presence around her and never sat still for a moment except to sleep. This is typical behavior for hamsters. But one day there was an incident where, for a brief moment, all that changed. I cleaned her cage one Sunday; something I always did on a Sunday; only this time it was different. I had forgotten to buy any clean sawdust for her bedding so I got an old magazine and laid it on the bottom of her cage. As soon as I put DW back in her cage she started behaving abnormally, scurrying around, scratching and digging at the smooth shiny paper on the floor of the cage and appearing very distressed about her unusual bedding. She urinated in a corner and it immediately started stinking and didn’t soak in like it does in sawdust. I realized that the magazine was not a suitable material and I’d have to get some proper bedding for her, but this was a Sunday and the pet shop was shut. I resolved to go straight there the next day and buy some sawdust.

Then something incredible happened. I was watching DW in her cage and suddenly, for the first time ever she stopped what she was doing and sat completely still. Then she stared at me; I swear she looked right into my eyes. I find it hard to describe in words what happened next. I can only say that it was an altered state of consciousness. My mind and DW’s met and our thoughts became exposed and united as one; I could feel her feelings and read her thoughts and she could feel my feelings and read mine. She said to me telepathically, but not in words that I could hear: “Ben, I can’t stand this. My cage is so uncomfortable. I need some proper bedding now!” The experience only lasted a moment then everything shot back to normal and DW continued in her usual hamster-like nature, but I was struck dumb by it. I immediately went out of the house and bought some sawdust. As I said, the pet shop was shut, but I walked right across town to a supermarket to buy some for her. As soon as there was proper bedding in her cage she appeared content. I watched her for a while to see if we would have any further telepathic contact, but we didn’t. Though I’m sure though she was grateful!
My strange experience with DW did not reoccur again, nor has it done with any other hamster, but I’ve never forgotten it. It’s made me look at animals differently; I think it raises questions about their intelligence and consciousness. These lead to ethical questions as well as philosophical ones; about the way we exploit animals on farms or in laboratories.

Anyone reading I recommend them to read Deepak Choppra's book, 'Synchro-Destiny'. It is about the oneness of consciousness in the non-local domain. Communication between dogs and their owners have taken place telepathically and instanteously. According to Rupert Sheldrake experiments have discovered dogs knowing when their owners are going to arrive after an unexpected change of schedule, the dogs went to the window or door to greet the owner even though their owners were not supposed to have been due back yet. I had a poodle when I was nine years old that came to me in such a way showing great concern one day when I got back from school upset

Yes, it's amazing how sometimes your dog will know that you've had a bad day literally from the moment they see you. Dogs are very intuitive and sensitive to our moods and feelings. Great intuition tends to be a part of the psychic personality. They develop the most profound loving bonds with their family in a way few humans ever do. I can understand why some people prefer the company of dogs to that of fellow humans.

Hi Ben
I really enjoyed your story - thanks for that.
We have a cockatiel & my son says he often gets excited about 10 minutes before I get home - I do not arrive at the same time every day.

Thanks, glad you found that interesting. It seems all kinds of animals have these abilities. Sheldrake is right; I can see how they'd be an evolutionary advantage and animals wouild be likely to keep them if they had them.

Nice post! There definitely is more to animals than most people know! I feel they are connected or from the same source we humans are, they have intelligence, I know they have feelings, as I've always had animal companions from when I was a small child. I've always been quite empathic when it comes to animals too, sensing their needs or concerns without effort, especially when they are in distress or pain.

It seems that the animal that is the least pstchic is our own species!