At Least you can Trust the Skeptics! 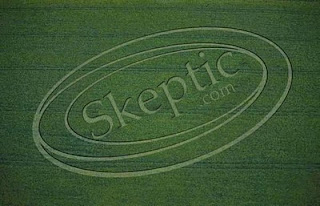 I study Skeptics. I study them as a social and psychological phenomenon. It’s a real hobby of mine, maybe because I’ve got an internet stalker who’s one of them; and maybe I should thank him for being such a good research subject! There’s this kind of myth, this fantasy, that Skeppers are somehow the bastions of good, honest research and the vanguard of the very best of human cognition and creation. Even some non-Skeppers believe this. “The Skeptics might be wrong, but at least you can trust them not to lie.” Er… no! Skeptometrists, and scientists in general, are just the same as anyone else; they sometimes lie, cheat, mislead, delude themselves, take short cuts, cover their tracks, lose their nerve and use dirty tricks against their enemies. In other words they’re capable of everything that they accuse “Woos” of doing. Of course not all Skeptomandoes do this, but then neither do all non-Skeps.

A good example has just emerged. The Big Pharma company Wyeth has been forced to admit that it faked research papers on its hormone-replacement therapy drugs: http://www.naturalnews.com/029160_medical_journals_ghostwriters.html . They covered up the dangers of their product, the increased risk of cancer, dementia etc.

There are other examples. I’ve written about The Houdini Code, see: http://hpanwo.blogspot.com/2009/05/houdini-code.html and there’s also the doubts cast over that Skeptolemicist and absolute Knight in Shining Armour of the Skeptic Movement, James Randi. His proclaimed “coup” exposing the world of psychic investigators, Project Alpha, is not what it first appears to be. Nexus magazine exposed how the actual occurrences during that attempted-hoax were not quite as Randi portrayed them as; that’s the nicest way of putting it! (Sorry, the online editions of this article have been taken down.)

Piltdown Man is probably the most famous scientific hoax in history. In 1912 some bones were supposedly found of a proto-human creature that became a sensation, but it was a fake concocted for political reasons. Germany had just won accolades for its isolation of Neanderthal Man remains and because of the rivalry between the two countries it was prestigious for Britain to discover its own hominid ancestor. The perpetrator has never been caught and is probably dead by now. It took over 40 years to expose the fraud; and in that time Piltdown Man became part of the human family, appearing in scientific journals and books. There's a memorial in the Sussex village where the "discovery" was made which has been allowed to remain standing and a pub was set up there called The Piltdown Man. (It's still called that; it hasn't changed its name!)

The most recent and topical example of this is Climategate. What happened was that a hacker managed to access the email accounts of scientists from the International Panel on Climate Change that were stored in the computers in the University of East Anglia. The emails were of private discussions between various scientists in which they blatantly and state how they know very well the Man-Made-Climate-Change Theory is incorrect, but they decide to conspire to cover that up for political and economic reasons. The control of the media by the government was sadly tight enough to prevent this story becoming the scandal it deserved to be; however it swept around the alternative media and internet like wildfire. (See: http://hpanwo.blogspot.com/2010/04/alternative-view-4-part-3.html) Thanks goodness for the Net! Climategate is not the first time this kind of deception has happened. I’ve written before about the Hockey-Stick Hoax, an earlier and even more blatant attempt to cover up which I write about here (I am “hagbard_celine”): http://www.davidicke.com/forum/showthread.php?t=1204 .

Science, ever since the Enlightenment and the fall of Religion, is put on one of the most massive and highest pedestals as anything since Jesus Christ. It’s as if, in our very noble and understandable reaction against Religion, have swung too far back the other way to the opposite extreme. Richard Dawkins is a good example, see: http://hpanwo.blogspot.com/2008/04/god-delusion-by-richard-dawkins.html . There’s no doubt that Science is a wonderful thing, but does it really deserve all the fawning consecration that is bestowed on it? Or is it time for those who work within the establishments of Science and Reason to take a long hard look in the mirror and realize that they are not the lily-whites they’ve been led to believe they are. And as for the rest of us: we’ve got, to quote Dawkins, “to stop being so damn deferential” to Science and especially the Skeptic Movement. We have to realize that both sides in the debate are equally flawed; and then maybe we can assess all the evidence, all the pro’s and con’s, for everything and hopefully reach the truth.

Some fair points here. Things to think about.

Thanks, Jack. Hope you're well.

BTW, "Jack" (not Jack of Kent) is on the mend; see below. Thanks to everyone who sent him best wishes and healing vibes.

I've thought of another very important example and added it as an addendum: Piltdown Man is probably the most famous scientific hoax in history. In 1912 some bones were supposedly found of a proto-human creature that became a sensation, but it was a fake concocted for political reasons. Germany had just won accolades for its isolation of Neanderthal Man remains and because of the rivalry between the two countries it was prestigious for Britain to discover its own hominid ancestor.

Ben,
I am most definitely with you on the scientist thing. The problem with scientists is that they all tend to have rather large egos (I realise that this is a sweeping generalisation), and this results in the self-delusion that only they can be right, a judgement entirely limited by the 'rules' of their own training. Couple this to obvious vested interests of them needing to maintain their peer group reputation (and funding in many cases) in order to be able to put bread on the table, and you have the potential for barely disguised 'mis-judgement' shall we say. Carl Sagan is a typical case in point... someone who knowingly mislead the public over many years in order to maintain his position of establishment power and priviledge. I tend to find that the ones that shout the loudest are the ones to watch out for.... and Dawkins is no exception here, I suspect. It is alleged that he has been complicit in smothering hard archeological evidence that potentially calls Dawinian theory into question. I don't think we can trust any of them on face value anymore and need to exercise caution. I would cite Stanton Friedman as an exception here however... I think his work usually stands up to very close scrutiny.

Ben. agree with you. Scientists can be decieved in to believing what they see, but lack the imagination to look all around. The claimate debate has changed in to looking for proof, so that data is easily manipulated without even trying to decive, simply by finding what they hoped to find rather than finding what is actually there. When they find data that supports the theory, publish it. when it doesn't keep looking to show that its wrong. So even if its not such a deliberate attempt to decive as Piltdown Man, they still deceive.

Outstanding post however , I was wanting to know if you could write a litte more on this subject?
I'd be very thankful if you could elaborate a little bit further. Bless you!

I am really inspired along with your writing talents as smartly as with the structure
on your weblog. Is that this a paid topic or
did you modify it your self? Either way keep up
the excellent high quality writing, it's uncommon to peer a nice weblog like this one these days..

Write more, thats all I have to say. Literally,
it seems as though you relied on the video to make your point.
You obviously know what youre talking about, why throw away
your intelligence on just posting videos to your site when you could
be giving us something informative to read?

Aw, this was an exceptionally good post. Finding the time and actual effort to make a very good article…
but what can I say… I hesitate a whole lot and never seem to get nearly anything done.

I like the valuable information you provide on your articles.
I will bookmark your blog and take a look at again right here frequently.
I am reasonably certain I will be informed many new stuff right here!
Best of luck for the following!

Professional trading signals sent to your cell phone every day.

Start following our signals right now and profit up to 270% per day.