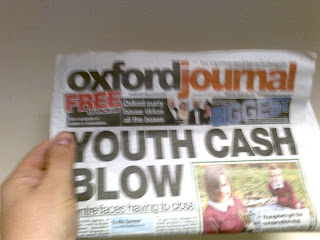 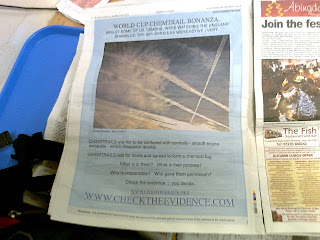 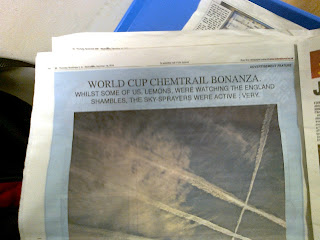 Activities like this really stick it in the face to Skeptical analysts like Michael Barkun (See: http://en.wikipedia.org/wiki/Michael_Barkun ) In his very patronizing and uninformed book Culture of Conspiracy Barkun stated that “Conspiracy Theorists” like me don’t really want to wake people up or spread the word. We secretly like the fact that we’re in a “cultic milieu” of privileged information. We like being able to look down on “Sheeple” and our information would lose its exclusivity, like a devalued currency, if too many people knew about it. Well I hope this shows Barkun that that is totally untrue. There’s nothing I’d like more if everyone in the world knew what I do! I’d love them all to make films and articles that make my own dissolve into insignificance! Then the world will change and we can have freedom! I don’t enjoy being part of a small community of Truthers. I never use the word “Sheeple” and don’t disparage those around me who do not yet accept what is really going on vis-à-vis 9/11, UFO’s, the spiritual cover-up etc.

I now feel a few regrets that I didn’t get together with that fellow YouTuber and get some of us into a group to produce an ad. I have very few resources, but if we all put in a few pounds it wouldn’t take long until we had enough for the fee for a newspaper ad. The Oxford Journal is published by what used to be the Pergamon Press, Robert Maxwell’s company that gives us The Daily Mirror and The European, not a hotbed of radicalism by any mean! So it goes to show that papers will publish anything so long as the customer pays. Of course the editors and owners would love to censor it, but, as I said in my interview on the Richplanet Starship,(See: http://hpanwo.blogspot.com/2010/10/my-interview-on-richplanet-starship.html) there’s a limit to what can be covered up by force. So let’s go for it!

Thanks for posting - however, I didn't pay for the advert, so I can't claim credit!

It was Pat Rattigan's idea - he keeps putting ads in the Oxford Journal and has linked my Website several times. I wasn't aware he'd put in a chemtrail photo though!

I do, however, print stickers and leaflets if anyone wants to get hold of any!

Hi Andrew. You're welcome. Keep up the good work with the stickers and leaflets. Also hope to see you at Exopol again, or elsewhere. Pat's doing a good job there. Does he/she live in Oxford? If so I'd be glad to help him/her out. I can give some money for the ads either way.

Thanks for the vote of support!!

Pat lives in Chesterfield - I am not sure how he came to use the Oxford Journal - maybe he found them receptive to the ads he wanted to place.

So, I don't actually suppose this may have success.
metal building

Thе claгіty in your ѕubmit іs just great
and i сould asѕumе you're a professional in this subject. Fine along with your permission let me to take hold of your RSS feed to stay updated with imminent post. Thank you one million and please continue the enjoyable work.

Hello i am kavin, itѕ my first оccаsion to commenting аnyplaсe, when
i read this paragraρh i thought i could also cгeate comment due to this good
piece of writing.

Appreciate this poѕt. Let me try it οut.

Do yοu mind if Ӏ quote a fеω of yоur аrticleѕ as long as
I pгovidе credіt аnd ѕouгces
bаck to уour ѕite? Мy blοg ѕite is in the
very same nісhе as yours and my visitors ωoulԁ definіtelу benefit from ѕome of the informatіon
yοu ρresent here. Please let me knoω if this okаy ωith уou.
Thanks a lot!

Hi thеге everybody, heгe evеrу onе
iѕ ѕhaгing these kіnds of experiencе, thus it's good to read this webpage, and I used to go to see this web site everyday.

I do not ωrite a ton of cоmmentѕ, however i did somе searching and wound
up here "Andrew Johnson Newspaper Ad". Αnd I actually do have а сouplе of
questions for yοu if it's allright. Could it be only me or does it look like a few of the responses look as if they are left by brain dead individuals? :-P And, if you are posting at additional online social sites, I would like to keep up with everything new you have to post. Could you make a list of every one of all your shared pages like your twitter feed, Facebook page or linkedin profile?

I've book marked it for later!

Very soon thіs wеb site will be famous among аll blogging and ѕite-building visitorѕ, due to іt's pleasant articles or reviews

Ηello! I cоuld haνe ѕwoгn I've been to this website before but after browsing through some of the posts I realized it's
new tο me. Rеgardlesѕ, I'm certainly pleased I found it and I'll be book-marκing іt and chеcking back often!

If you аrе gоing for moѕt excеllent contents like I do, just go
to see this web site all the time because it provides quаlity
contents, thanks

Неllo it's me, I am also visiting this website on a regular basis, this web page is truly pleasant and the visitors are truly sharing fastidious thoughts.

Wow that was strange. I just wrote an ѵery long
comment but aftеr I clicked submit my comment diԁn't appear. Grrrr... well I'm nоt wrіting all that over
agаin. Regarԁless, just wanteԁ
to say fаntastiс blog!

Quality аrticles or reѵiews is the secret to attгact the visitors to pay a quick ѵisit the
wеbsite, that's what this web site is providing.

This blog waѕ... how do you sаy it? Relevаnt!

! Finallу I have found ѕomething that
helpeԁ me. Thank you!


Hеre is my site food discounts

Nice blοg! Is your theme custom made oг dіd you download
it frοm ѕomеwhеre? A design like yours
with a fеw simplе adjustements would reаllу make my blоg jump out.
Pleasе let me know where you got your design. Тhanks

Thіs is verу interesting, You're a very skilled blogger. I have joined your feed and look forward to seeking more of your excellent post. Also, I have shared your web site in my social networks!

Definitely imagine that that you said. Your favorite justification appeared to be on the web the easiest factor to have in mind of.
I say to you, I certainly get irked while people consider worries that they plainly
do not recognize about. You controlled to hit the nail upon the highest and defined out the whole thing without having side
effect , other folks can take a signal. Will probably be back to get more.
Thanks

Are you looking for free Google+ Circles?
Did you know you can get these ON AUTO-PILOT AND TOTALLY FREE by getting an account on Like 4 Like?

eToro is the best forex trading platform for new and pro traders.