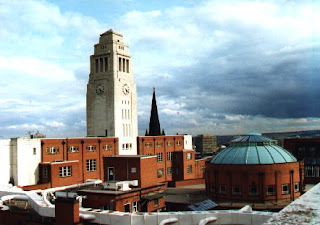 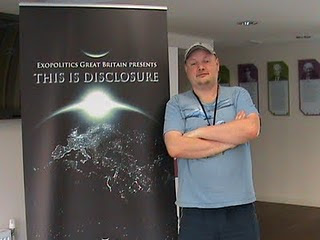 Well, a week has gone by since the very successful Exopolitics Leeds 2011 conference and I’ve more of less adjusted to my normal life. Here’s my HPANWO TV reportage of the entire event: http://hpanwo-tv.blogspot.com/2011/08/leeds-exopolitics-expo-2011.html . As I said in the film, I don’t have time to do a full written review of the conference in the way I have done in the past, see the HPANWO Index.

Media coverage of the event has been extensive but mostly poor. Thanks to Nick Pope a reporter from The Sun came along; sadly her coverage of the conference was a novelty story; see: http://www.thesun.co.uk/sol/homepage/features/3738573/At-UFO-conference-in-Leeds-its-claimed-Olympics-will-be-Independence-Day-style-bloodbath.html I know there’s an old saying that goes: “The only bad publicity is no publicity” and I take comfort from that, and I suppose we should thank Popey for arranging it; however the article is misleading and insulting. The last sentence suggests that the entire Exopolitics community is merely a money-making scam by Anthony Beckett. £99 is actually fairly reasonable for a three-day event and the accommodation at the University is very cheap. At the end of the day this hit-piece was hardly unpredictable; the article may have been bad, but it was not as bad as I was expecting it to be. My expectations of The Sun cannot be undercut! Nick’s own comments did not help I must say; the word “Militant” has a lot of negative baggage in Britain. For many Sun-readers it may well refer to the “Liverpool Revolution” in the 1980’s when the far-leftist Militant Tendency, named after their Militant newspaper, almost took over the Labour Party. I was not interviewed, but if I had been I’d have stated my definition for the word Exopolitics as “UFOlogists who’ve finally made up their mind”. Rather than continue with the scientific investigation over the question of whether UFO’s exist we’ve decided that the answer is undoubtedly “Yes” and now we want to do something about it.

This article actually pales into insignificance compared to what came next. This radio interview, about which I’ve complained to the BBC: http://www.youtube.com/watch?v=bpY0eO2Y0IM was the absolute nadir. Liz Green should feel ashamed of herself for this hatchet-job. What makes me more upset is that Liz did an interview with the UFOlogist Timothy Good a short while ago which she handled quite professionally and respectfully (The full interview is no longer available, but here’s a clip: http://www.youtube.com/watch?v=HUIy8e1siPc ); why change now?

As with most of the conferences I attend there’s a lot of differing opinion and I welcome this because covering all the bases means we get a more informed view of reality. It also makes the conferences far more interesting! In the aftermath of Exopolitics Leeds 2011 there has been some controversy; particularly over how the UFO Disclosure issue fits in with the other machinations of government. Some delegates and speakers are dismayed at how many of us along with believing in UFO’s also believe that the 9/11 and 7/7 terrorist attacks were really inside jobs. The opponents of this seem to fall into two camps; some think that those terrorist attacks were not inside jobs and so it’s false to say so, others that linking the two together will repel the general public from getting involved in the Disclosure movement. This position is similar to Plato’s theory of the Noble Myth. I disagree with both. Firstly I think that 9/11 and 7/7 were indeed inside jobs and that to understand that these atrocities are part of the same agenda as the Truth Embargo over UFO’s is very healthy and progressive.

I’ve really enjoyed Exopol and want to go to as many events as I can on this subject. I find the whole concept of the possibility of UFO Disclosure intoxicating! But I wonder if it’s really possible, as I say in the film. I decided to make a satirical film of a Presidential Disclosure speech: http://hpanwo-tv.blogspot.com/2011/08/disclosure-is-here-president-admits.html . This film illustrates the magnitude of the political explosion that Disclosure would cause. I’ve also taken the quite controversial step of wearing blackface make-up. However I despise political correctness! If I were impersonating Barry Manilow I’d wear a false noise; if I were impersonating Ronnie Corbett I’d sit on a low stool to make myself look shorter; if I were impersonating Esther Rantzen I’d wear fake teeth… so when I impersonate a black man why not wear blackface? The hypersensitive aversion some people have about this issue baffles me. The US President, at the time of writing, happens to be Barack Obama, this is the only reason I wore this make-up; what other colour was I supposed to be?

It was a great conference. Thanks to all the organizers, speakers and everybody else involved. I’ve made lots of friends and caught up with many of old ones. See you all next year!

Thanks for your review and comments of our conference. WE are really pleased that you enjoyed it and look forward to hopefully seeing you next year too.

You're welcome. Thanks for commenting, Rachel. I had a great time and will make every effort to attend next year. Thanks for everything.

Pretty helpful material, thanks so much for the article.