The Economy's Fawkt- It's YOUR Fault! 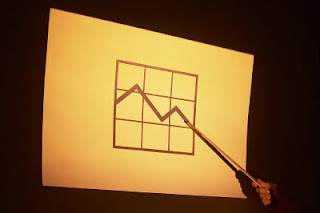 I saw a TV news story a few days ago that was about how the government and employers are worried about the damage that's going to be done to the economy by the Swine Flu epidemic; it was similar to this one: http://news.bbc.co.uk/1/hi/business/8020610.stm . This concern is because so many employees will be off sick, up to 1/8th of the workforce in the worst case scenario. They didn't say it in as many words, but reading between the lines the story was meant to make us feel guilty. If we're not working and consuming because we've got Swine Flu; if we're not slaving at their mills, or we've lost our appetite so we're not eating their GMO chemical junk food, it will apprently cause more economic problems. But when you consider the bail-out, the wars costing billions, derivative stock trading, the national debt etc, to say: "It's your fault that the economy is in the turmoil that it is because you've caught Swine Flu" is an insulting joke. I feel so strongly about this because I've just recovered from a bout of Swine Flu myself. See my HPANWO TV Swine Flu Diary: http://hpanwo-tv.blogspot.com/2009/07/swine-flu-diary.html
What about the 5 trillion that went missing from the Federal Reserve's books? 5 trillion; not million, trillion. A trillion makes a million look like peanuts. Imagine a million pounds were just 1 penny. Now even on that scale a trillion pounds would still be £10,000. It's unimaginable! Complete Cuckooland! It makes a farce out of every economic theory and news story of the last 200 years! (Incidentally this answers the question about how the govt funds things like secret alien bases like Area 51; that and illegal drugs). Is anyone doing anthing about it? Have the police dropped round?
I guess we're not very good slaves then. We've stopped towing our handcart filled with radioactive ore out of the mine and are sitting back and letting the other slaves do it. How selfish of us! The greatest of society's evils are those who have no job at all. We have Orwellian dysphemisitc terminology for them like "lazy" and "scrounger". I often hear people at work saying that the long-term unemployed should be forced to go to work at gunpoint! Sometimes I think that we really don't need to Illuminati to create the New World Order! We might beat them to it ourselves!
(Latest HPANWO Voice story: http://hpanwo-voice.blogspot.com/2009/08/richard-dawkins-at-ted-2009.html )
Posted by Ben Emlyn-Jones at 09:45

I love it! Great post Ben! Tsarion is well known as toting "its YOUR fault" to people that the world is the way it is...talk about brain wash!

I second Michael's call - loved that Ben, a breath of fresh air to sweep away a load of BS. Reading a post like that a day would restore sanity to the world!
So very pleased you are so very much alive & kicking ass :)
All the best to you

Hi Michael and Alex. Thanks for your comments. It's good to be back in cyberspace. It was lonely and miserable having Swine Flu (See my diary in the link), but there are far worse things to have and I see them at my hospital all the time.

Talking of BS there's been more today, synchronitically. The Work and Pensions Secretary in Britain (There's an Orwellian job-title!) has announced that economic problems will mean that the retirement age will have to go up to 70. Once again WE are being blamed and punished for economic problems!

I've been watching a few BBC documentaries on the economy but find I can't watch for long before wanting to turn off the television. Apparently we're responsible for the selling off of nationalised industries and the exporting of manual jobs to other countries because we voted Thatcher in and we wanted this to happen; yet the majority of people who voted for Thatcher did so out of desperation because of the strikes. They didn't know what her plans were. We also sent the economy into recession in the early 90's because of living it up too much in the 80's. In fact only a minority of people were having a whale of a time in the 80's and most of them living in London. Most people living in London though were working long hours just to pay their mortgage and had no time or money to live it up. It was Britain joining the ERM that put it into recession and we didn't ask to join that.

Order a professional Sparkling White Smiles Custom Teeth Whitening System online and get BIG DISCOUNTS!
* 10 shades whiter in days!
* Results Are Guaranteed.
* As good as your dentist, for a fraction of the cost.
* Same strength as dentists use.