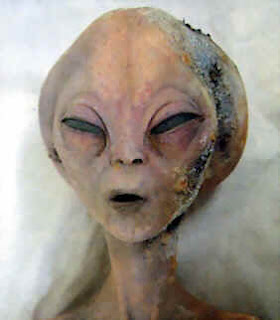 Mark Bennett
Prayer, Energy and Extraterrestrial Life
http://www.aetherius.org/
This was the second Aetherius Society speaker I’ve seen at Probe. The first was Richard Lawrence whose lecture I reviewed here: http://hpanwo.blogspot.com/2008/04/uk-probe-conference-march-08.html . Mark is a well-spoken and smartly-dressed young man who has been active in the Aetherius Society since he was a teenager. He has written several articles and co-authored books on spiritual matters. Last year he was interviewed on Kerrang Radio (which is fast becoming the British Coast-to-Coast!); unfortunately it has not been put online, but here is an interview with one of his colleagues: http://www.youtube.com/watch?v=0-G5LVQmyAs . The Aetherius Society was founded in 1955 by Dr George King, a practitioner of Yoga who was sitting in his London flat one day when he heard a booming voice saying: “You are to become a voice of Interplanetary Parliament!” and he went on to set up this strange hybrid of UFO group and oriental spirituality mission. This contact with these divine ET’s are “the Solution of Solutions” says Mark. The foundation of all the world’s physical problems is spiritual; solve the spiritual problem and the others will follow suit. And the way to address this spiritual problem is, in Mark’s view, to pray. What is prayer? Well it’s not kneeling and muttering in unknown languages; it is real energy invoked. It’s a force that is perceptible, tangible. To prove his point Mark engaged us in an audience participation prayer. We held our hands out by our hips with the palms down and Mark and some of his fellow Aetherians chanted in plain English, communing with the guardians out in space. I must admit that I did feel something in my body, similar to the meditation sessions I used to do when I was into that sort of thing a few years ago. It is Karmic, says Mark. Any energy you give out you will receive back. Karma is not about negative punishment; it’s about learning. The goal is to eventually ascend to reincarnated lives on other planets. Mark related a channelled message from an enlightened alien called Mars Sector 6: “Life that leaves Terra (Earth) will not return there but will ascend. The reason we don’t see life on Mars is because the living beings exist there in another matter frequency. The Masters are looking for a sign from us that we accept their existence. They can’t share their higher technology with us until we show the appropriate level of awareness, compassion and charity.” Mark then got us to join him again in a supplication of Global Healing, especially to the victims of the Indonesian earthquake. The Society operates what Mark calls a “Spiritual Energy Radiator” that sends out constant visualization healing to the world; and there’s a “Spiritual Energy Battery” too. This stores any surplus energy to be radiated in the event of a particular crisis or disaster. Mark thinks that the Battery might have reduced a recent hurricane from a category 4 to a 2 event. The Society is also carrying out a devotion called Project Sunbeam that sends a steady stream of energy to Mother Earth. Mars Sector 6 is currently orbiting the Earth as captain of a Martian spacecraft. And while he is, even non-Aetherius believers, like Catholic Priests etc, will send energy to him while they pray for peace. Mark continues: Occasionally these various masters have landed on Earth. Jesus was one of them, so were the Buddha and Lao Tzu. Dr George King used to channel all of them. Another Aetherian called Diane came onto the stage and together she and Mark recited one of these prayers from Jesus. This prayer is one that has a very different meaning to every individual who hears it. We have to learn how to apply it to our own lives.
Sorry, Mark, and anyone else who disagrees, but as I said in my review of Richard Lawrence’s speech last year, I find UFO religions extremely phoney. The superior technology or spiritual evolvement of ET’s are not a reason to elevate them to the level of deities (Or should I rephrase: reduce us humans to the level of non-deities while leaving aliens up there!?). To me this is a modern form of the cargo cults of the South Seas. Every so often somebody lands on a Pacific island with a human population that has been forever isolated and they sometimes turn our modern technology into a religion because it seems, to quote Arthur C Clarke, “indistinguishable from magic”. The same therefore goes for some modern Westerners when confronted with a similar, but stepped-up situation, encounters with advanced ET‘s. Then again I’m not being totally anti here. There is some truth in the Aetherians’ ideas of spiritual energy and invocation. The Society has its routes in very genuine ancient spiritual wisdom from India and the Far East. The Earth-healing project is something that resonates with me because I’ve done something very similar. I gave love and healing to the Earth by caressing a plastic globe. And Mark is correct when he says that the basis of our problems is spiritual, but for me this is not solved by ignoring grass-roots situations and avoiding practical action to help them in favour of prayer and energy healing. On the contrary, Gurdjieff’s “Fourth Way”: doing something positive and active in our everyday lives, is the ultimate in applied spirituality. The biggest problem in getting involved in the Aetherius Society is that it may leave a person ungrounded and passive, divorced from current affairs and day-to-day life.

Coffee Break
During the short coffee break that followed Mark’s lecture Jean and Sam played this remarkable film of a USO- Unidentified Submersible Object: http://www.youtube.com/watch?v=qRvPahxBQUs . I don’t know if it’s real or not, but it had all of us on the edge of our seats. The problem is: with modern Photoshop technology it’s possible to make almost undetectable fakes. To verify this one could take months and cost thousands of pounds. I wish people would stop faking UFO videos! It muddies the waters and gives us all a bad name!

Hi Ben
Interesting write up - I met a lady from that society here once & went to their little 'chapel' out of interest. It wasn't for me either, I got a sense of something past somehow, George King seemed to be the basis, but he died quite a long time ago now.

That's a great write up you've done as always - I did enjoy your straight talk - just not enough of that these days!

Awesome blog, I hadn't come across hpanwo.blogspot.com previously during my searches!
Continue the superb work!

religion, ancients cultures, technology all this thing are cover with one curtain, the veil of lies and mystery that was put for the men some time ago.

Thanks for sharing this link, but argg it seems to be offline... Does anybody have a mirror or another source? Please answer to my post if you do!

I would appreciate if a staff member here at hpanwo.blogspot.com could post it.

Just how much can a provider legally require to allow an insurance policy holder out of his car insurance?
How much does your company charge when anyone needs to cancel and how much pressure would you use to hold them?
What are some tips or something like that we can say if our customer has several months left on his active car insurance plan? Undoubtedly, we are not going to wait until his renewal comes due every time.

Thanks for sharing this link - but unfortunately it seems to be down? Does anybody here at hpanwo.blogspot.com have a mirror or another source?

Many theories talk about what to expect for 2012, I think most of us are wandering what is really going to happen, almost all of the ancient cultures knew about it, recorded for us to be ready for it.

Oh my god!!! Do you know that you kept me glued till the end of your article? Great man, you should be taking lessons to write the way you did. Your flair of the language is beyond my imagination!

Wow, nice post,there are many person searching about that now they will find enough resources by your post.Thank you for sharing to us.Please one more post about that..

hey buddy,this is one of the best posts that I�ve ever seen; you may include some more ideas in the same theme. I�m still waiting for some interesting thoughts from your side in your next post.

Your blog is outrageous! I mean, Ive never been so entertained by anything in my life! Your vids are perfect for this. I mean, how did you manage to find something that matches your style of writing so well? Im really happy I started reading this today. Youve got a follower in me for sure!

Thank stopfatgain.com you for stopfatau.com your article, notasinglepound.com carry on posting the exact same issue, I would assuredly be fond to hear extra stuff you.

Hi there tο evеrу one, it's actually a nice for me to go to see this site, it consists of precious Information.

My coder is trying to persuade me to move to .net from PHP.
I have always disliked the idea because of the costs. But he's tryiong none the less. I've been using WordPress on a
variety of websites for about a year and am nervous about switching to another platform.
I have heard very good things about blogengine.net. Is there a way I
can transfer all my wordpress posts into it?

Any help would be greatly appreciated!

For more articles and information about taking
control of your life, visit:. Penile implant is
a device placed inside your penis to help obtain an erection.
Usually this product can be taken about 60 minutes before sexual activity.

For more articles and information about taking control of your life, visit:.
Penile implant is a device placed inside your penis to help obtain an erection.
Usually this product can be taken about 60 minutes before sexual activity.

Additionally, never help to make almost any blatant
responses related to the woman race, such a because "I rarely like dark women, but they're alluring. One would so think unless one is familiar with him and his history. goes wrong irrespective of who caused it, the woman hopes you would be there to guide her steps, or what else do you think is taking responsibility.

Here is my homepage - Zambia Boobs

Spot on with this write-up, I absolutely believe this website
needs much more attention. I'll probably be returning to see more, thanks for the advice!

Here is my web blog clear

Are you looking for free Google+ Circles?
Did you know that you can get these ON AUTOPILOT & ABSOLUTELY FREE by registering on Add Me Fast?