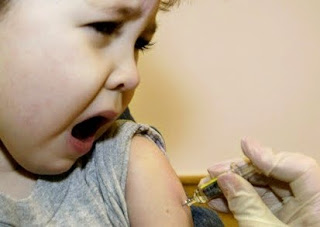 Thanks Ben... really interesting stuff. Deer has invested his own credibility in showing Wakefield to be a "fraud" and can't afford for the facade to drop now. In my view he couldn't afford for any other interpretation to be heard since 2004.

He was the complainant in Wakefield's GMC case, but reported the case in the Times as if her were an objective observer for six years.

Thanks, Anon. I don't know, but I suspect, that Deer is under political pressure to maintain his stance. Vaccines are big business, but important political tools too, as I explained.

Hi Ben
an excellent writeup, you may be interested in this Film made from an encounter with Deer outside the GMC,
http://www.viddler.com/explore/ziggy/videos/1/

a better UK based interview where wakefield talks about the politics
can be found on this page, I just love the description of David Salisbury calling the GMC urging them to prosecute.

my child born 2002 has regresive autism and the same bowel disease as discribe in the lancet case series. (also fully vaccinated ;-)

Thanks for posting that. I'll have a look at your film.

The questions are not going away. It's recently been revealed that Wakefield's GMC hearing was suspicious; representatives from the GSK Big Pharma company were involved in his striking off.

Oh, and how were the GSK BIG Pharma company involved in his striking off, you fucking clown?

I always spent my half an hour to read this
website's articles every day along with a cup of coffee.

Feel free to surf to my weblog ... Abercrombie And Fitch

Hello, its fastidious piece of writing concerning media print, we all know media is a enormous source of information.

I appreciate, lead to I found exactly what I used to be having a look for.
You have ended my 4 day long hunt! God Bless you man.
Have a nice day. Bye

Why viewers still use to read news papers when in this technological world everything is presented on web?

Howdy, i read your blog occasionally and i own a similar one and i was just wondering if you get a lot of spam comments?
If so how do you protect against it, any plugin or anything you can advise?

I get so much lately it's driving me mad so any support is very much appreciated.

I am regular visitor, how are you everybody? This post posted at this web page is really fastidious.

Hello There. I discovered your weblog the usage of msn.
That is a really neatly written article. I'll make sure to bookmark it and come back to read more of your helpful info. Thank you for the post. I'll definitely comeback.

Hey, I think your blog might be having browser compatibility issues.
When I look at your blog site in Safari, it looks fine but when opening
in Internet Explorer, it has some overlapping. I just wanted to give you
a quick heads up! Other then that, awesome blog!

Feel free to surf to my blog post; abercrombiebe.com

I think that everything wrote made a ton of sense. But, what
about this? what if you were to write a killer headline? I mean,
I don't want to tell you how to run your website, however what if you added a title to possibly get a person's attention?
I mean "Dr Brian Deer at Westminster Skeptics" is a little plain.
You could peek at Yahoo's front page and see how they write post titles to get people interested. You might try adding a video or a related pic or two to grab people interested about what you've got to say.
In my opinion, it could make your posts a little livelier.

you are in reality a good webmaster. The web site loading speed is amazing.
It kind of feels that you're doing any unique trick. Furthermore, The contents are masterpiece. you have performed a wonderful activity in this matter!

My partner and I absolutely love your blog and find the majority of your post's to be just what I'm looking for.
Does one offer guest writers to write content for you? I wouldn't mind writing a post or elaborating on a few of the subjects you write regarding here. Again, awesome website!

It's really a cool and useful piece of info. I am glad that you shared this useful info with us. Please stay us up to date like this. Thank you for sharing.

Hey would you mind stating which blog platform you're using? I'm looking to start my own blog in the near future but I'm having a tough time deciding between BlogEngine/Wordpress/B2evolution and Drupal. The reason I ask is because your design seems different then most blogs and I'm looking for something unique.
P.S Apologies for getting off-topic but I had to ask!


Feel free to surf to my blog: Discover More

Hi to all, how is all, I think every one is getting more from this website, and
your views are good for new viewers.

Take a look at my website: Soldes Air Jordan

It's actually very difficult in this active life to listen news on TV, so I only use the web for that purpose, and obtain the most recent information.

That is a good tip particularly to those new to the blogosphere.
Short but very precise information… Many thanks for sharing this one.
A must read post!

Very energetic post, I liked that bit. Will there be a part 2?

Hi to all, how is everything, I think every one is getting more from this web page, and
your views are pleasant for new people.

What's up, I log on to your blog regularly. Your writing style is awesome, keep it up!

(VIDEO) Want your ex CRAWLING back to you...?

Do you need free Google+ Circles?
Did you know you can get them ON AUTO-PILOT & TOTALLY FREE by registering on Like 4 Like?

Start following our signals right now & gain up to 270% daily.