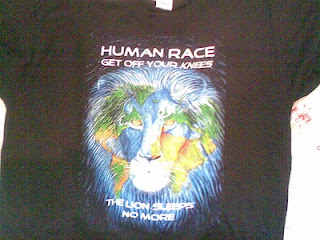 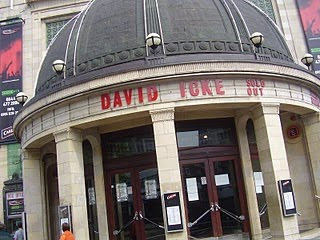 It was time once again for that highlight of my life: the live David Icke show. Or as Matthew Delooze would say: “Eyup, Ben’s off to worship his guru! Asking David to tell him what to think.” Anyway this time I was accompanied to the ashram... sorry, Brixton Academy... by Ustane. I showed Ustane the eye in the Brixton Pyramid, see: http://hpanwo.blogspot.com/2008/05/brixton-pyramid.html . At first she didn’t understand. This symbolism is only visible from the air, on Google Earth or a similar program. The “eye” is an elliptical island that makes up part of a junction in the road about 50 to 60 feet across. It is grass and encircled by a kerb about 3 feet wide. It’s hard to say how long it’s been there, but it doesn’t look brand new and recently laid. It could be anything from 20 to 80-or-so years old. As I explain here: http://hpanwo.blogspot.com/2007/08/illuminati-architecture-in-oxford.html , symbolism like this has been around for a long time and can be found in multiple phases of construction over hundreds of years. Streetplans tend to remain the same for centuries.

Ustane and I eagerly looked around for our friends from the Conferenceosphere and the David Icke Forum. There has been a lot of controversy and bad feeling on the Forum in recent months; some mysterious actions by the admin have remained unresolved and I’m concerned for some of the other members who’d been banned without apparent cause. However I was pleased to see that lot of my Forum-buddies turned up, in fact nearly all of them did. Not only that but lots of people I know from conferences were there, like Tabitha Goode, a UFOlogist whom I first met in Glastonbury; see: http://www.rosunwellsociety.moonfruit.com/ A huge contingent from “Hollie’s Army” set up a stall outside and there were people from TPUC too, see links column. One of them was a rather gruff gentleman who reminded me a bit of “Lenny”, see here: http://hpanwo.blogspot.com/2009/10/probe-autumn-2009-part-4.html . TPUC unfortunately has its fair share of posers, but generally they’re good guys and their movement has inspired me a lot.

Then the moment came that we’d all been waiting for, the doors opened and we went in. This is the fourth time David has spoken at Brixton and the format of this address was different. It was in four parts instead of three and it was about an hour longer. I’ve often thought that David has looked tired and unwell before. He suffers from Arthritis and once collapsed on a plane. However today he virtually bounced onto the stage in a pale green shirt. I’ve never seen him so fired up and charged with stamina! He has changed a lot since his last live appearance. He now sounds more certain than ever that the New World Order is coming down and spoke of the “Old Epoch” and “New Epoch”. Also he said that he is still convinced that this great change the “healing of the schism” is going to take place in just a few years. He said: “I wish I was younger, about 28, so I could experience more of the New Epoch, but never mind, I’ll see some of it before I leave this life.” David used a lot of terminology that he’s never used before, sometimes to describe concepts he’s addressed before. The most controversial aspect of his lecture was his new idea of the “Moon Matrix”. He believes that the moon is not natural and that it’s an artificial object created by an extraterrestrial civilization in the distant past. This is not a new idea, in fact it was first suggested about a hundred years ago by a Russian scientist whose name escapes me, but David’s take on the matter is that the holographic Matrix of this fake reality is broadcast from the moon in the same way that it is from a TV station in the movie They Live, see: http://www.imdb.com/title/tt0096256/ . At first hearing this sounds rather incredulous, but I won’t comment further until I’ve read David’s new book to get all the details. David also uses the symbol of the lion to represent this new emerging human spirit. I first came across this concept in one of Neil Hague’s art pamphlets and at first misunderstood it as some kind of childish “Coming-of-the Saviour” or “Messiah”. It is not at all. It reminds me a bit of CS Lewis’ Aslan the great lion who is a cipher for all the wonderful aspects of humanity that were lost in the past, but can be regained in the future. In the last section David came onto stage in a red shirt and really raised the roof! I’ve never seen him so angry, so passionate, yet so hopeful, so full of ideas. He was virtually tripping on hope and inspiration. As always I stumbled out of the Brixton Academy at the end slightly woozy with information and emotional overload. Ustane was smiling with delight. It was wonderful to be in that huge auditorium with 3000 other souls, sharing the experience with David, live and real, right in front of us. It was the kind of higher spiritual excitement that people sometimes describe at great sporting events. Sharing that experience, not just with my lovely Ustane, but with all those other people... there’s nothing else on Earth like it!

In fact I can only think of one criticism, David did not respond to my request... to tell me what to think! Hey, Matt; maybe you could!

an old friend of yours sent me your wonderful write up.

i must say young fellah that i never ever said david was your guru. indeed i have never mention david to you. i did say you were a profession groupie but that was based on your own comments on one ball and that was only after you admitted going to some silly hippy workshop.(it was you that called it a rip off)

please explain your comments as to why i would say a thing like that to 'you'.

i can't even imagine why you mention me in your write up for davids brixton talk as my wife tells me you have been saying in public that i have lost touch with reality.

i am glad you enjoyed davids presentation. i know you support him with a passion.

but again why mention me in this story?

i can't tell you how to think ben as you ask. be it about 100 year old moon stories or anything else.

you wouldn't ever listen and ts clear i rank low in your estimations.

and if i was going to suggest you had a guru it wouldn't be david icke. it would be ian crane. looking at your posts i think you admit that. Don't you?

please chose your guru carefully if you have to have one at all.

mind you if that is taken as an insult i apologise. i do try to shake people out of guru mode but that is done with the best intentions.

my email address is
matthewdelooze&aol.com

thinking back i can't imagine why a man who has lost touch with reality like me would feature so much in your write up? i was quite flattered. i wasn't even at brixton and iv'e never seen david icke yet i get a mention at the beggining and an end wow mate.

hey maybe i did tell you how to think after all, even if i was 300 miles away in burnley when you were in brixton :)

mind you i have always treated you with respect and generosity so maybe i deserve it eh?

but you for one also know i have publicly supported david icke in print and in spoken words. so please don't suggest that i am name calling anyone attending a david icke talk by suggesting you were a gurus groupie. again if i was to suggest you had a guru it would be ian crane. mind you a lot of folks are sensitive to being deemed a groupie.(don't know why with all the pop star groupies around..or are they not groupies either mate?)

(i take it conspracy groupies are not really groupies then?)

hey please come to my talk in kettering. as you know i let you in for free. no golden seats though. anyway my regards to your lovely girlfriend I can only hope she does not think i have lost touch with reality too and i assure her that i'm the same bloke she saw in st annes 14 months ago.. i hope she enjoyed the book i gave her at probe.

please remember to wear some decent trousers next time you go to the admiral eh?

bloody hell bud i better shut up or this comment will be longer than your write up on a full days lecture.

i take it you are at probe in the autumn(ian crane permitting of course?) luvvly jubbly.

Thanks for your comments. I'm glad you felt you could speak to me frankly. I'll write to you.

hello ben i can speak to anyone frankly. i've nothing to hide or anything to be ashamed of.

i have replied to you in email. i'm glad you had a good day. but i must say the london ale is shite. 'london pride' they served me when i was last down there. but its simply nowt to be proud of.

thanks exchange for this tips
pmu
turf

On a farm a few miles from the biofuels center, a dense patch of
what look like anorexic palm trees waves in the sea off the Western Isles.
Our gross profit for the second quarter we repaid over $24
million of term debt and as I said earlier, the best opportunity to lock
margins away. Todd Becker Where you start to see those
through the overall platform. Ian Horowitz Topeka Capital Markets Okay, great.