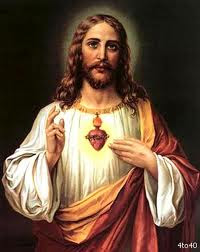 Last year a film was released in which I appeared briefly called The Tyrant Within. It was a very well-made documentary about electronic implants and their dangers in a Big Brother State. See here for essential background: http://hpanwo.blogspot.com/2010/09/my-interview-with-smaller-fish-films.html . I ended up being interviewed when I met the producers at the AV3 Conference in Bristol. They attended the speech by Greg Nikolettos, see: http://hpanwo.blogspot.com/2009/11/alternative-view-3-part-3.html . I’d seen them hanging around with Greg and assumed that they were part of his entourage; as it turned out this was definitely not the case! A little while later, a man and a woman called Alf and Sue came round to my house and conducted an interview for about an hour. They were very pleasant and cooperative people and we got on well. I was very glad to help them; and as you can see in the link above, I was fairly impressed with the result. However last week I had a phonecall from a friend I know through the Truth media who told me that she had to contact me urgently because she was so alarmed to see me in that film. “Do you know who those people are!?” she asked. It turns out that Alf and Sue belong to a very orthodox and evangelical Christian sect called The Jesus Christians. Here’s their website: http://www.jesus-teachings.com/ . There are only about two dozen of these people in the world, but they’ve managed to have quite an impact and generate a lot of controversy, including alleged kidnappings, donating kidneys for transplantation to strangers and advocating corporal punishment. They’ve been called a “cult” by the media. The film The Tyrant Within is part of a double-box DVD set and the second DVD is this one, Beyond Justice See: http://www.youtube.com/watch?v=R29tIKWP7xw . At 2.14 in Part 2 we see the very same man who interviewed me, Alf, being flagellated by proxy for the Chinese Government for their abuse of Falun Gong practitioners. This presumably emulates Jesus’ experience when he was crucified for “the redemption of sins”.

It’s not my intention to dictate to you, the HPANWO-reader, what to think. If you support or sympathize with the ideas of these people, then that’s fine with me. All I want to say is that at the time I was interviewed for The Tyrant Within I was not aware I was taking part in a Jesus Christians production and, much as I like the film, I don’t feel comfortable with that knowledge. I am certainly not anything to do with the Jesus Chrstians and will not be participating in any of their future activities, no matter how much I applaud the film’s specific subject-matter. I’ve written to some of the other cast members about this subject and two have written back to tell me that they weren’t informed either.

(For those of you awaiting my review of Paranormality by Richard Wiseman, it is in the pipeline; but bear with me! I’m having a very busy week.)

The guy is absolutely fair, and there is no suspicion.