My Interview on the Critical Mass Show 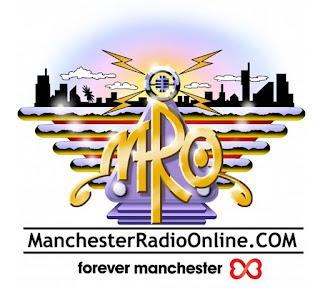 For those of you who missed my live appearance on the Critical Mass show, part of Manchester Radio Online, see: http://hpanwo-voice.blogspot.com/2011/12/my-interview-on-critical-mass-radio.html I was wrong when I said you could only hear it live! I’m glad to say that the show has now been podcasted.

In this exclusive radio interview I discuss a subject that many of you have been asking me about: What’s going on with me at my hospital? By revealing what I do in this radio show I am breaching the regulations of my employer’s disciplinary procedure; that could well harm my case, but I choose to do so anyway for two reasons: Firstly, it’s a fait accomplis and I’ve got nothing really to lose; they want me out and they’re going to get me out, one way or another! Secondly, the way that Government Servicemen are being stripped of their careers and livelihoods for Thoughtcrimes needs to be exposed! Since this interview was broadcast I’ve received confirmation from the hospital that the cause of my suspension was indeed what I’ve always suspected: My appearance in the national newsprint media.
See: http://hpanwo-voice.blogspot.com/2011/10/my-interview-in-wales-on-sunday.html
And: http://hpanwo-voice.blogspot.com/2011/09/my-interview-in-sun.html

I was interviewed before on Paul's old radio station: http://hpanwo.blogspot.com/2011/02/my-interview-on-awakened-people-radio.html

Nice comment from anonymous -the trolls are always anonymous .

Having been in a similar postion with Barclays Bank years ago when it seemed the whole of the Bank was against me, with hindsight it was just the Universe moving me on . It may be the same with you .

Thanks for the comment, Frank. Well done for following your heart and your conscience in that situation. It's so tempting to give in.

The Trolls seem to love me! I'll take it as a compliment! If I wasn't having an effect they'd leave me in peace.

Sorry to hear that after the show your situation worsened. That said, you are now free to move forward. I have asked Paul to contact you with regard to allowing you to update the listeners and supporters.

Hope to hear from you soon,

Thanks, Martin. I appreciate your support.

Ben + Sorry to hear about this, but remember by adopting this course of action the authorities have just made your viewpoint valid for all to see, after all if it was all nonsense why bother. Obviously these folk cant stand the truth it is the last thing they want but its coming no matter. respect bro for standing for your principals something these lowlife drones know nothing about. Hang in there , you are not alone, plenty of good people are with you .
I liked your upside down nwo tee-shirt if you remember ?

Hi Anon. Thanks for your comment. I love that T-shirt. I've still got it somewhere and I must wear it again.

Thanks for the good writeup. It if truth be told was a amusement account it.
Glance advanced to more added agreeable from you!

By the way, how could we keep in touch?

I all the time emailed this weblog post page to all my contacts, for the reason that if like to read it next my links will too.

Wow, this piece of writing is fastidious, my sister is analyzing
these kinds of things, thus I am going to convey
her.

Feel free to visit my homepage: air Max one

Hello just wanted to give you a quick heads up. The words in your content seem
to be running off the screen in Safari. I'm not sure if this is a formatting issue or something to do with web browser compatibility but I thought I'd post
to let you know. The design and style look great though!
Hope you get the problem resolved soon. Kudos

Thanks for sharing your thoughts on disdainful. Regards

I visited several websites except the audio quality for
audio songs existing at this site is truly fabulous.