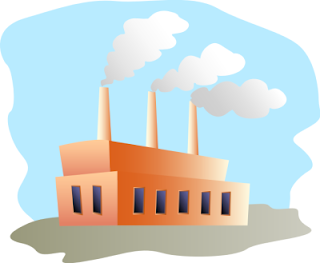 A workers cooperative is a company where everyone who works there is an equal shareholder. You have to stop and think for a moment what that means!

Setting up a workers cooperative might seem a difficult task if you're unskilled and already working for a big employer, but it doesn't mean you can't do it. Firstly: there's no such thing as "unskilled"; this is simply a conformist label. Everyone is an expert at whatever they do even if they've not earned formal qualifications to do it. You also don't have to take a jump into the dark. In the unstable economy we live in, opportunities can come along easily. Get together with your colleagues and form a provisional workers' cooperative while you're still in your current job then if your employer suffers bankruptcy or shutdown you can buy some of its assets with your redundancy payout and continue on your own, bringing your workers’ cooperative to life. Nobody is more qualified to do the job you're doing so you have all the expertise and training you need! For instance if you work at Tesco's and head office decide to close your store; normally they'd lay you all off and sell the site to a developer. Instead, you get together and buy the store and start it off again as your own business. If you work in public services, like me, you could get a provisional coop ready in case the government put your service out to tender for private contractors, which they're doing a lot these days.

As a coop member you'll have a share in the company's profits rather than a salary. This might sound less secure, but on the plus side you're master of your own destiny because you don't just "work here" and "do you job", you have a say in the running of the place. You'll elect a board and management or supervisor’s positions. You can get your share paid to you in weekly or monthly installments like a wage and because there's no fat cat at the top taking it all you'll be a lot better off! If you get elected to management or work extra long hours you'll deserve a bit extra so some of the capital can be kept aside for bonuses; this will replace the manager's salary and overtime you get from regular hierarchical corporations.

Keeping some of the capital aside sounds a bit ominous, but it isn't because at the end of the financial year, any money left over in the bonus pool can be given out to the members as a capital dividend. In the future there may even be a ritual public holiday on the 31st of March: "Capital Dividend Day"!

The current economic system mean work for most people is drudgery. It's boring, unfulfilling and humiliating. The world economy is going to fall and many businesses will go bust. We can do one of two things: Sit around waiting for it go bust and fall into the gutter with it or take control of the global economy ourselves. Together with our own local currencies (More on that later) there's no reason why economic collapse should be feared; it should even be welcomed! It's only a problem when we're attached to its apron-strings.
Posted by Ben Emlyn-Jones at 13:37

I consider one and all should look at it.
best online games | pick free game | pacman pc games | mario games | win free game

Follow our signals today and make up to 270% a day.

eToro is the #1 forex trading platform for novice and professional traders.