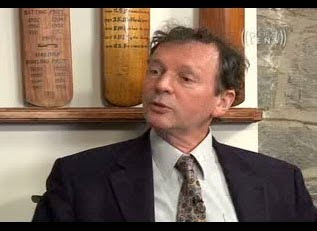 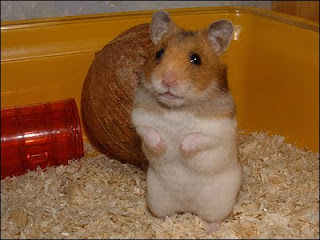 As I said in the notice below, I’m working on a forthcoming book review right now, but the following is so important that I feel I must put my ongoing work down for a moment to write this brief interlude. About a year ago I wrote an article about an amazing experience I had with my hamster, DW: http://hpanwo.blogspot.com/2008/12/psychic-hamster.html . That split-second moment of mind-to-mind contact with DW made me see the world differently. I never thought anything like it would happen again; well I was wrong because yesterday it did.

Yesterday was a rather emotionally-tense day because I was visiting Ustane, like I always do, and her hamster died. Sweetie, like DW, was a brownish Syrian hamster and she lived a long and happy life. She passed 2 years of age, making her a hale and hearty old lady. She survived an attempt by somebody to kill her. During this incident she went missing for a few hours and we eventually found her trapped under a kitchen cupboard. The thing was, we couldn’t for the life of us see how she could have got in there because the entire cupboard was surrounded by skirting planks except for the wall in which there were no holes, only blank bricks and polystyrene insulation, which Sweetie had been chewing up to make bedding. Both the floor below and the cupboard shelving above were equally intact. I know it’s a bit wild to speculate, but we both asked ourselves whether she’d teleported or walked through the wall, like some Buddhist monks are said to be able to do if they meditate deeply enough. In her desperation to flee from her would-be murderer did she use supernatural powers? Do all hamsters have such latent abilities tucked into their belts for use in dire need?

Ustane first noticed Sweetie acting strangely a few days ago. She began running round her cage in circles in an agitated way and kept losing her balance and falling over onto her back. By the time I arrived on Saturday she could no longer coordinate her movements well enough to feed herself. We tried to hand-feed her and it worked for a while, but later on she couldn’t even eat or drink this way. Her behaviour became more and more erratic and she kept squeaking wildly while she rolled about the place. It looks like she had a neurological problem like a stroke or dementia, like many old people get. It was remarkable to watch how similar her own demise was to that of an elderly human, as if we hold a shared mammalian template despite the many differences between our species. In the end she stopped running around altogether and just lay down unconscious. We picked her up and took it in turns to hold her, along with Marina, Ustane’s 18 year-old daughter. We all shed a few tears, and I was surprised how moved I was. I’ve never before felt this way about the death of a hamster, and Conformist society would ridicule such feelings; would Phil Mitchell mourn a hamster? Maybe this was because we were effectively treating Sweetie as if she were human. We were giving her a “Victorian death” (like the one Dr Peter Fenwick wants here: http://www.youtube.com/watch?v=iyZxi3iChiA); a traditional dramatic deathbed scene where all the loved ones gather round to say goodbye. In indigenous Shamanic cultures, those present would also perform rituals to help the dying person’s soul find its way safely and speedily to the Land of the Ancestors. Ustane and I did try to perform such a ritual, but it was largely one we made up. We took her to bed with us and left her in a washing-up bowl by our bedside with plenty of sawdust and toilet paper to keep her warm. It was when I woke up in the morning that what I think is my second hamster-based psychic experience took place. I sat up and rubbed my eyes and thought to myself: “I wonder how Sweetie is”. As soon as that notion ran through my head I distinctly heard Sweetie squeak loudly. I leaned over and saw that she was lying completely still in the bowl. I thought she’d gone, but when I picked her up she stirred. But there was no way she could have made that squeak. Was this her contacting me telepathically like DW had done? Later on Ustane heard the same thing while Sweetie was actually lying comatose in her hands. Both the squeaks did not come from Sweetie’s direction, but from generally all around us.

Sweetie continued to deteriorate through the day and many times we were sure she’d gone for good, but then she flick her feet and we’d just be able to detect her breathing. We knew we had to wait a long time, until when she actually went stiff and cold before knowing for sure. Unfortunately we didn't have a hamster stethoscope to check if her heart was beating. Her breathing got shallower and shallower during the evening and eventually I had to leave her to go home. At midnight, right at the end of the Winter Solstice, Ustane knew that Sweetie had left this world and texted me to tell me. Wherever Sweetie is now, I wish her well.

Once again I’ve had an experience which shows that we must not underestimate any creature. Even the smallest, simplest and most apparently insignificant of beings seems to have an intellect and consciousness, as well as a second sight and spiritual powers, that challenges our own. 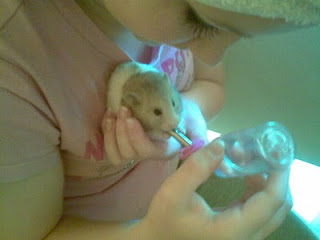 Hi there! Do you know if they make any plugins to assist with SEO?

I'm trying to get my blog to rank for some targeted keywords but I'm not seeing very good gains.
If you know of any please share. Cheers!

Hi, I think your blog might be having browser compatibility issues.
When I look at your website in Safari, it looks fine but when opening in Internet
Explorer, it has some overlapping. I just wanted to give you a quick heads
up! Other then that, wonderful blog!

This site was... how do you say it? Relevant!! Finally
I've found something which helped me. Thank you!

Are you looking for free YouTube Views?
Did you know you can get these ON AUTO-PILOT & TOTALLY FREE by registering on You Like Hits?