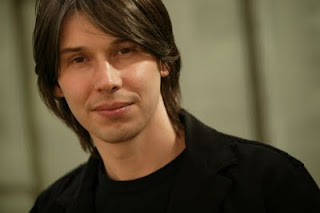 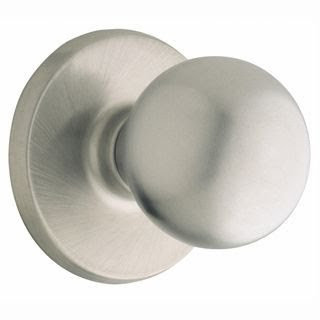 I’m back from the ASSAP Seriously Strange Conference and as I said before in my one for Exopol, (See: http://hpanwo.blogspot.com/2011/08/exopolitics-leeds-2011.html) I’m not going to do a full-length written report. Instead I’ve done my usual HPANWO TV Reportage, see: http://hpanwo-tv.blogspot.com/2011/09/assap-seriously-strange-conference.html The reportage is about more than just the conference and in some of the segments I branch off into other related or semi-related areas. For instance I discuss the 9/11 issue on Sunday because it was the 10th anniversary of this atrocity and it made Ustane and I wonder if we were in the right place. I was very glad to attend the conference and enjoyed it a lot, but perhaps we should have been at one of the many 9/11 Truth events that took place over the weekend. My concerns over Charlie Veitch were well-founded it seems! See: http://www.youtube.com/watch?v=i73ohlcRjAo The lady confronting Charlie is my friend Belinda, a great researcher and freedom-fighter. I also returned to experience the very powerful and poignant spectacle of the Roman Baths, the central tourist attraction in the city. I never cease to be effected by the story behind it and its implications for the past, present and ultimately, future.

Anyway, onto the principle new direction I’m taking as a result of the information I picked up at the conference, and I’m not talking about Bigfoot this time. This concerns not a 7 foot tall hairy unknown primate living in some remote forest; but a slightly smaller and less hairy specimen of Homo Sapiens Sapiens with a cheesy Mancunian grin, living and working in the CERN laboratory in Switzerland: Professor Brian Cox. I’ve written about him before, like here: http://hpanwo.blogspot.com/2008/03/large-hadron-collider.html As Richard Wright says in the reportage, we need to do something about him. He was on a BBC (Them again!) Radio 4 show a few days ago with the Skeptic Robin Ince, see: http://www.bbc.co.uk/programmes/b0128mlk He and Robin were having a good chuckle about people who believe in ghosts, like me, and were obviously putting us all down big time as Skeptopaths tend to do. But I’m glad to say that the BBC was flooded by complaints! Cox was completely unrepentant and refused to apologize to the listeners. He said that people who believe in ghosts are all “nobbers”; I’m assuming this is a derogatory word from his native Manchester which means a fool or dupe. Now a little while ago a reporter from The Washington Post made a similar remark about people who believe in UFO’s, like me, calling us “cookies”. As a result the offices of the paper were inundated with deliveries of biscuits, cakes and cookies in an organized campaign of ridicule put out by the Exopolitics Movement. It was called “Cookies for Kelly” http://www.afterdisclosure.com/2010/10/cookies-for-kelly.html Now Richard suggests that we do something similar for Brian Cox: “Knobs for Cox”. What we do is all send Coxy a loose doorknob (without any sharp screws or anything in it of course) with a satirical message in it like “You yourself are a…” If it takes off we can even start a campaign website www.knobsforcox.com! Let’s do it! Who’s with us!?

Do not despair, my friend I too am a nob and I find myself in the company of other nobs. (I would fain have said great and small, but in reality all nobs are of equal stature). Suffice it to say that the company of nobs includes such minds as Plato, Milton, Shakespeare, Blake and WB Yeats, to name but a few. Let us not forget either the myriad of nobs who have espoused ``primitive`` indigenous beliefs. Then there are all of the Hindus and followers of other spiritual traditions who must, most certainly, be called nobs. Even those bards, ovates and druids of our own ancestral traditions, must, I fear, now be dismissed as mere nobs.
Such is the inevitable path of human progress that has led us into the world we are in today and away from primitive superstitions. It is time to set aside delusions and fantasies of the past and gaze in awe and wonder at our television screens, where the answers to everything are provided, as we eat our pre-packaged convenience food. How dare we, the little people, question the authority of a Cox? This is a man who bestrides the mighty BBC like a Colossus, bedazzling the gawping masses as they pick at their frozen lasangnas. Only Strictly comes anywhere close to toppling this Hyperion; but only He can quench the desires of housewives' unfulilled dreams.
Let us not tolerate outrageous conspiracy theorists, who say that the BBC is a way of controlling what we think and feel; and that Academe (from whence this Hyperion arose) is in the thrall of Corporations, enslaving our youth in debt. An expert has spoken - enough! It is not for mere nobs to question. The microwave has pinged and there's something good on the telly. Shut up and eat your lasangna.

I'll try to keep it flying like Robert Anton Wilson! Thanks for your comments, Pachakuti. I guess being a nob is the best way to be.

To my mind everybody have to browse on it.

Are you looking for free Facebook Likes?
Did you know that you can get these ON AUTO-PILOT AND ABSOLUTELY FOR FREE by registering on Like 4 Like?

You deserve to be called worse things than nobbers you utter brain deficient cunts. You single unattractive bellend who will wank his life away in a communal toilet. Haha!