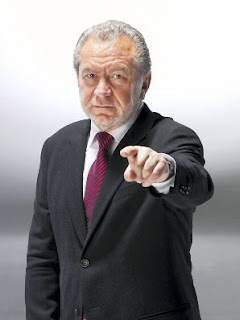 The Truman Show is a most remarkable film. It stars Jim Carrey as a man who believes he lives in a small, isolated town on an island; he believes he’s married and has family and friends. In fact he is not; he is the lone subject of “The Truman Show”, a 24-hour-a-day live Reality TV show. His hometown and island is really inside a massive studio and his wife, family, friends and strangers are all actors. http://www.imdb.com/title/tt0120382/ The Truman Show is by Peter Weir, the director who brought us Dead Poets Society, a film about the brainwashing of the youth. The Truman Show is a blatant satire on Reality TV (It has many other intertesting themes too, but that's a story for another time). After my article on Peter and Jordan I think I should return to this subject in a little more depth.

Reality TV programmes rank as some of the most watched of all time; millions tune in to witness evictions, bush tucker challenges and walks-of-shame. But the genre is quite new. It began in Japan in the 80’s with a show called Endurance in which ordinary people would compete against each other in games that involved genuinely painful and embarrassing situations and see how long they could endure them, hence the title. Some of the situations were truly sadistic: in one episode the contestants were sent to the Sahara Desert and placed in small greenhouses to see how long they could stand it until the heat and thirst became too much for them. The next task had them standing on their heads half-naked in the blazing sun while somebody burned their nipples with a magnifying glass! The audience found this enormously entertaining and it topped the viewing figure charts in Japan for years. Modern Reality TV is far more widespread and equally sadistic, only it is far more subtle today. Appropriately titled after the leader of Oceania in George Orwell’s 1984, Big Brother places people in an enclosed house where they are constantly watched by the audience through closed-circuit TV, even in the bathrooms and toilets. The appeal is when arguments break out, rivalries, power-struggles and courtship battles. There is a ghoulish part of everyone who finds such things very interesting. Who can admit to not stopping and looking when we see these incidents occur on the street?

In my article on Peter and Jordan ( http://hpanwo.blogspot.com/2007/10/ive-recently-written-here-about-fake.html ) I said that Reality TV was Conformist propaganda and many people agree with me, but unlike most, I believe the principle level of the indoctrination is deeper than we realize. Firstly, as I pointed out in "Peter and Jordon", not everything on Reality TV is real. Stagecraft and scripting are employed regularly and perfectly legally, to an unknown extent. Secondly, the contestants are not chosen at random. You can bet that each one has been given a thorough psychological examination, as much as any member of a long-duration space mission. The difference between space missions and Reality TV is that the members of a space mission will be favoured if they are likely to get along well with their fellow crew-members; with the contestants on Reality TV it’s the exact opposite: They are deliberately selected in combinations that will generate friction and conflict. It’s no accident that Shilpa Shetty and Jade Goody were put in the Big Brother house together. The cultured, sophisticated Bollywood actress and the simple, working-class Jade were always destined to come to blows. Shilpa’s superior and snooty attitude was always bound to irritate Jade’s rough-and-ready mind and Jade’s own common manner was sure to offend Shilpa’s delicate sensibilities. As it happened the conflict got out of hand and resulted in the bullying scandal that supposedly threatened the show’s future. I have to confess I got some satisfaction from that. The show’s producers were getting their comeuppance, but unfortunately BB’s future was never under threat. There’s no way such a sleazepot like BB will be allowed to be brought down in that way. I suspect that the BB contestants, as in all Reality TV shows were given a Minnesota Multiphasic Personality Inventory. This is where you get given a list of about a hundred multiple-choice questions and by the answers you give a shrink will claim to know everything there is to know about you. (I was given an MMPI as a ten-year-old at school when I was enrolled in a class euphemistically called “Education for Living”. The shrink running it had the unlikely name of Miss Blow and she used to give us all sorts of mind games to play. I was “diagnosed” with a whole array of personality disorders: depression, low self-esteem, neuroses of various kinds; I was even declared mildly autistic! All based on my MMPI!) There is an agenda in politics all over the world towards greater authoritarianism and intrusion. In the UK hardly a paving stone in any city is not constantly viewed by CCTV cameras, run by not only the police and government, but private organizations too. The contestants in BB and most other Reality TV series are established in the media as figures of admiration and glitz, so the message coming from the programme is that living under the gaze of CCTV is glamourous and prestigious.

However, as I said above, there’s a deeper and more sinister agenda at play. It’s all to do with changing human relationships and social ethics. Reality TV is brainwashing us to be ruthless and selfish; it’s teaching us to see other people as rivals and enemies. Life, according to this new ethic, is a constant competition and the way to play it is to be hypercompetitive. In such an ethic a gentle, compassionate and caring attitude is a fatal weakness. The worst example of all is The Weakest Link. In this game, the objective is to gang up on the “weakling” (although in fact ganging up itself is the ultimate in weakness and cowardice!). The contestants are humiliated by Anne Robinson and each other. Any “buddy group” that is formed is a false alliance, only existing for as long as it is useful, rather than through genuine affection or honour and loyalty. The person voted off then has to do the “walk of shame” where they are pilloried as “losers” in front of the viewer. It’s utterly sick in my view and I’d bet my last penny that it’s been designed with the help of the Tavistock Institute or similar psy-op organization. It’s an agenda that is in line with current political theories like Game Theory (whose inventor, John Nash, suffered from paranoid delusions). Here is an outstanding three-part film by Adam Curtis all about it:

For the Illuminati, a population in this state of mass psychosis is easy to control. There are signs that Reality TV is having an effect, especially in Britain. Despite claims about falling crime rates for serious offences, petty street crime has increased enormously: incidents like people hurling abuse at you from passing cars or from big gangs of youths walking past you, pushing shoving and being knocked off your feet. A recent article I read in a newspaper lamented that rudeness and aggression are the normal way to do business in Britain today. It is; and we’ve learned to do it that way from experts in mass social manipulation!

Recent developments in the Reality TV genre are a number of programmes starring the businessman Sir Alan Sugar. The Apprentice is similar to The Weakest Link, including staged arguments and romances. The contestants are young business students who want to join Sugar’s empire. The appeal for the audience is the obvious humiliation the contestants suffer as the prostrate themselves in front of Sugar with their caps in hand, begging for the prize. The Dragon’s Den is a series in the “Pop Idol” format where the contestants are people with inventions and entrepreneurial ideas; the purpose of the game is for them to be degraded by Sugar and his vicious cohorts for technicalities like making a minor mistake in the sums on their business plan. The Dragon’s Den gives out a frightful message: That creativity, vision and the spirit of enterprise are a folly. We are being told that daring to imagine that we are more than the robots the Illuminati want us to be is a crime that deserves to be punished with being brutalized by people like Sugar.

Reality TV has even infected programmes that were created before the genre emerged. Have you noticed how the contestants on the long-running series Blind Date don’t get on as well as they used to? The object of this programme was originally about how well a dating couple got on, but now the viewer is encouraged to enjoy hearing about their arguments and disputes. I’ve no doubt that the couples are being tested with the MMPI and other methods to make sure they are incompatible.

However I feel optimistic. This kind of mind-control is merely a last, desperate effort by the Illuminati to keep control of the people. As I said in my interview with Darren Pollard, the fact that propaganda today is so sophisticated indicates that it’s getting more and more difficult to fool people. The mind-controllers are running out of ideas; and it’s only a matter of time before their supply is totally exhausted.
Posted by Ben Emlyn-Jones at 11:42

Why don't you edit together your articles on TV scams into one longer piece? This is good stuff.

Good find, Ben! I don't believe him when he says he missed the Ben Nevis summit by accident. I know several pople who've climbed that mountain and they say that it's very obvious where the top of it is, even if you're covered by the clouds. My guess is it's another con. They were constrained by the shooting schedule and so just opted for a fast one and hoped nobody would find out.

I'm glad you like the article, thanks. I might well open another blog with some articles made up of collated material from this one called "The Best of HPANWO" or something.

It's actually very dishonest to shoot a scene that you tell the viewer is the highest spot on Britain, and it's actually not so. But it feels like that doesn't matter any more to the media.

Keep researching..! I can envisage this sort of material going down very well at PROBE or a similar conference.

Indeed you do not! A live David Icke show is an unmissable highlight of my life. It's virtually dead on two years since the last one. Will you be going? If so I can meet you there. It should be good because David's style and delivery has changed a lot recently.

Notice that those who appear on Dragons Den and get rejected actually do better in their business than those who the Dragons invested in.

When I first starting watching Dragons Den it was a fairly serious programme but then it was made quite sadistic so I stopped watching it.

Notice that those who appear on Dragons Den and get rejected actually do better in their business than those who the Dragons invested in.

When I first starting watching Dragons Den it was a fairly serious programme but then it was made quite sadistic so I stopped watching it.

You could certainly see your enthusiasm within the
article you write. The world hopes for even
more passionate writers like you who aren't afraid to say how they believe. At all times follow your heart.

Searching for the Best Dating Site? Join to find your perfect match.