Hospital Porters in the Media

I’ve been following the way the media portrays members of our Ancient and Noble Profession and I have to confess to being enormously dismayed. Almost universally we are portrayed in one of two forms: nameless cameo roles who come and go in the background while the Richard Chamberlain’s and Kenneth Williams’ of this world bask in the limelight; or as inferior-feeling, insecure individuals who are frustrated with their lowly position on life. 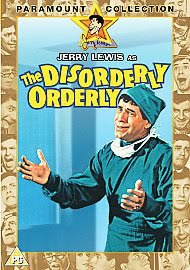 The media history of Hospital Porters began in 1964 with the American slapstick comedy film The Disorderly Orderly. It stars Jerry Lewis as a porter at a chronic care sanitarium, roving from one funny and embarrassing situation to the next. The film is very shallow and weak, a pale imitator of the British Carry On films but with none of the Carry On’s style and wit. What’s more the Lewis’ character is only serving as an orderly because he couldn’t get into medical school. This is a recurring theme in media portrayals of Hospital Porters and I’ll come back to that.

The one departure from the two main stereotypes that I’ve come across is in the 1980 David Lynch film The Elephant Man. This is an adaptation of the true-life story of Joseph Merrick, a man who lived in Victorian London who was grossly disfigured by Proteus Syndrome. The original 1942 book written about him by Ashley Montagu is subtitled: A Study in Human Dignity, which is ironic considering how the film dealt with the subject of Hospital Porters. The film considerably deviates from historical facts to add energy to the plot. One of those deviations has Merrick kidnapped, from the hospital where he is being treated, by an unscrupulous freak-show owner and the cruel man who helps to organize the abduction is one of the hospital’s porters, played by Michael Elphick. So the score so far for Hospital Porter portrayals is: Conformist Stereotype 1- Evil Greedy Bastard 1! Will things get any better? 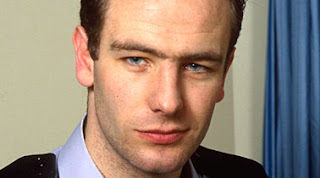 They don’t. In fact they get far, far worse! The next stop on our journey is the popular and long-running BBC drama Casualty and its spin off show Holby City. The series is set in a contemporary British NHS hospital and nearly all the characters are doctors or nurses, or PAM’s like receptionists, managers and social workers. Only one major character has been a porter and this was Jimmy Powell who was in the series between 1989 and 1991, played by Robson Green. Unfortunately Jimmy’s main purpose in the story, from what I could see, was to walk round with his head bowed and his shoulders slumped in shame whining “I wish I was a nurse, I wish I was a nurse! I wish I wasn’t only a porter!” 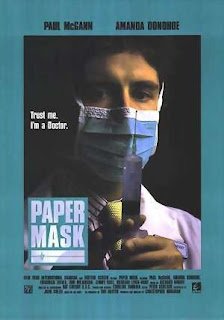 This deeply insulting and patronizing characterization of Hospital Porters stoops to its nadir in the 1990 film Paper Mask (http://www.imdb.com/title/tt0100330/). It’s a little-known film, and obscurity has never been so richly deserved! It can only be seen on second-hand VHS and has never been released onto DVD. It stars Paul McGann as a Hospital Porter very much like Jimmy, with a devastating inferiority complex and deep regrets that he hasn’t gone “up the ladder” to do something “better” with his life. Seeing as he hasn’t got the bus-fare upstairs to study and become the doctor he dreams of being, he steals the identity of a doctor at his hospital who gets killed in a car crash.

I’m sad to say that there is only one, single fictional source I know of where Hospital Porters are portrayed in a positive light… and that’s my own novel Evan’s Land.
Posted by Ben Emlyn-Jones at 09:44

I'm hearing your frustration but it's also very funny. It's posts like this why I love the internet.

Thanks, ML. You have to have a laugh at frustrations, as Bob said (See the "The Grimleys" article)

I'm working on it.
It's taking some time.

Did you know you can shorten your urls with Shortest and receive money for every click on your shortened links.