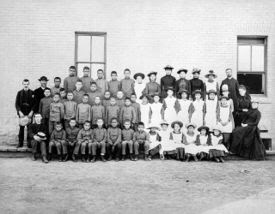 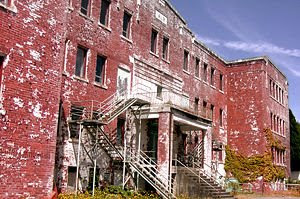 This film is one of the most heartbreaking things I’ve ever seen. These “residential schools” began in the 19th century, but as you’ll learn in the movie they continued on until frighteningly recently, some of them even into the 60’s. Elements of this despicable programme persist to the present day. There was definitely a campaign to exterminate the indigenous peoples of Canada. It was genocide by every definition of the word. Long before, and long after, the Nazi concentration camps Canada was violently converting young Aboriginals to Christianity, removing them from their parents' homes, forcing them to abandon their native culture, religions and languages in favour of the white European-derived ones and murdering those who didn’t. Some children were killed anyway by the nuns and priests beating and abusing them. Children were deliberately infected with tuberculosis and smallpox in a true bio-warfare campaign. I watched this and wondered if there is any depravity our society will not stoop to in order to punish and break the will of individuals, cultures and communities who do not conform to its dogmas. I have to conclude that there is not. Also Native Americans are the inheritors of vital esoteric knowledge that the Illuminati are desperately trying to keep from the mass population; it was started by their agents Cortes and Pisarro, but it continues to the present day, see: http://hpanwo.blogspot.com/2007/10/real-erkdwala.html and http://hpanwo.blogspot.com/2007/11/chief-seattles-letter.html . You only have to look at Chichen-Itza or Teotihuacán to see that. This is knowledge that could revolutionize our consciousness and make us immune to Elite rule. As for my thoughts on Rev. Kevin Annett: I think a Nobel Prize is not good enough for him. He's a modern day Bartolome de las Casas! (http://en.wikipedia.org/wiki/Bartolomeo_de_Las_Casas)

The above post is awesome I found your blog via Google and it is about my research academic writing strive to maintain the highest level of customer satisfaction.

college admission essay examples are great it is very use full information for students specially for those students who searching for college entry essays.

Yeah is a great movie, I still have it in my retro collection, i'm pretty sure that the value has increased but I will keep it until the day i die because is a great movie.