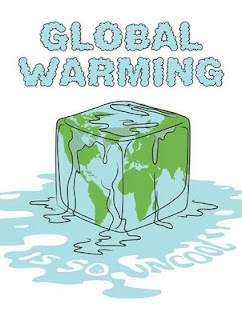 I used to be a big fan of Horizon; and to be fair, they have made some good programmes, like this one about parallel universes (The Portuguese subtitles were not on the original): http://video.google.co.uk/videoplay?docid=4183875433858020781&q=parallel+universes&total=224&start=0&num=10&so=0&type=search&plindex=0 It is described as the BBC’s “flagship” science series. Unfortunately it’s also a flagship for establishment scaremongering. Last year they made a 2-hour special on bird flu that was sponsored by a “research” institute, which later turned out to be the Mayo Clinic, the principle developer of the avian flu vaccine! The words “conflict of interest” spring to mind! The programme even showed the docudrama’s characters taking Tamiflu with a close up of the box and its trademark; talk about product placement!

This Horizon show is a classic piece of disinformation: http://video.google.co.uk/videoplay?docid=39520879762623193&q=global+dimming&total=98&start=0&num=10&so=0&type=search&plindex=0 It’s so full of logical errors that it’s hard to know where to start. David Travis’ study was based on a single three-day period. There’s no doubt that aircraft exhaust has an effect on the cleanliness of the sky (Maybe deliberately- see my article on chemtrails: http://hpanwo.blogspot.com/2007/10/chemtrails-and-tomorrows-world.html ), but couldn’t other factors be involved? The temperature range, like all aspects of weather, has numerous causes. I’ve noticed them this week at my home; caused by cloud cover and fog which change its effect within a day-long period. Also, the programme contradicts itself. In one scene they describe Global Dimming as “truly global” and say that even uninhabited regions like Antarctica suffer a 9% dimming factor. Then in a scene a few minutes later, the air from the Antarctic is used as a control in an experiment to measure the phenomenon’s scale! Professor Ramanathan even uses the word “pristine” to describe it. You can’t attach Global Dimming to Ramanathan’s experiment because the experiment shows that the Maldives’ particular kind of dimming is a localized phenomenon; worse in areas close to pollution sources and far less in areas away from them. I think we’re dealing with two separate phenomena with probably two separate causes. It’s also curious that the programme doesn’t reveal, decisively and unambiguously, whether the recent implementation of scrubbers and catalytic converters have reduced Global Dimming on the truly global scale that its name suggests. For example: has the pan evaporation rate across the whole world gone up since the 1980’s? It says that there has been a “reduction” in dimming, but this could be from experiments like Ramanathan’s that deal only with local variations; they suspiciously avoid detailed explanation. The programme uses frightening images of people starving, floods and forest fires, cities inundated and countryside morphed to desert, accompanied by chilling music and sound effects. TV documentaries are designed with the help of psychologists like Edward L Bernays and Marshall McLuhan who speak quite openly about manipulating the mass psychology to the political advantage of the Elite.

I’m against the burning of fossil fuels because of all the poisonous chemicals they release into the environment (as I said in my interview in Darren Pollard’s film: http://hpanwo.blogspot.com/2007/09/glastonbury-movie-by-darren.html ), but carbon dioxide is the one thing they release which is harmless. A rising level of atmospheric carbon dioxide is an effect, not a cause, of Global Warming. Of all the sources of carbon dioxide, man-made fossil-fuel burning is one of the smallest. The average volcano releases as much as a billion cars and there are 300 active ones in the world. Forest fires, oceanic life and underground seepage all dumps many times the CO2 power stations do. The Horizon programme talks in subdued tones about the dangers of methane hydrate release. What they don’t mention is that methane hydrates are constantly being released in huge quantities anyway, by decomposition and animals’ digestion. Do you know what methane hydrate is? Well, eat a plate of baked beans and hold a jar over your arse and you’ll soon get a free sample! Yes, and the government is even thinking of introducing a variation of the Carbon Tax on livestock farmers for the methane hydrate their animals produce; it’s been dubbed the “fart tax”! Another greenhouse gas that is far worse than CO2 is water vapour; and releasing it is unavoidable. Water vapour also acts as the “reflector” the scientists mention in the programme and my guess is that this may be the true cause of Global Dimming. If it is really decreasing across the world then this could be a sign that global warming is decreasing too. I was amazed to find that there is actually evidence that we have turned the corner: http://www.washingtontimes.com/apps/pbcs.dll/article?AID=/20071219/COMMENTARY/10575140
Global Warming has become a religion-of-science and those who don’t agree with it are called “Global Warming-deniers” so that they’re automatically demonized along with Holocaust-deniers. The journalist Jeremy Clarkson was attacked by an angry mob who defaced him with custard pies and called him a “climate criminal” simply because he’s a motoring enthusiast. The nuclear power industry is harnessing this myth and persuading even environmental campaigners to support the expansion of nuclear power! That’s a bit like a turkey voting for Christmas! The uranium fuel of nuclear power stations will run out long before fossil fuels and in the meantime it will cause terrible acute and chronic damage to the environment and human health, like Chernobyl and Windscale. As I’ve said both in my interviews and on this blog: Alternatives to fossil fuels exist. They have been discovered and could have been developed well over a century ago. For political and economic reasons they have been banned.

Why would the BBC produce this kind of propaganda? Well, Global Warming or Climate Change, as it’s now called (It’s no exaggeration to use the word “rebranded”!) is important politically for several reasons. Politicians use it to justify increased state intervention and control, not to mention financial gain in the form of “carbon tax”. But like so much in life, there’s a deeper reason: fear. Governments need us to be afraid; afraid of threats, real or perceived, from which they can promote themselves as our saviours. We’ve seen this with 9/11 and the “terrorist threat”; climate change is just another strategy of power. It’s very suspicious that the man selected as spokesman for it is Al Gore. This, an oil baron who was Bill Clinton’s vice-president and he ran for US president himself in 2000, and showed little sorrow when he “lost” to George W Bush. His film An Inconvenient Truth is being shown in schools to children. I remember from my own childhood that children are very vulnerable to this kind of thing. It’s also strange how during the Cold War these alternative doomsday predictions were discussed a lot less. We never heard about the dangers from asteroids, volcanic eruptions, mass epidemics etc. Could this be because the threat of global nuclear holocaust was enough of a fear to keep us down? Now the Cold War is over and that threat diminished, we need something new to make us shit our pants! The Elite use something called “Future Shock”. This is the constant and aggressive promotion of multiple apocalyptic future scenarioes that become so overwhelming that people start perceiving the whole future only with pessimism and dread. It’s designed to demoralize us and breed despondency; an example is: “Well what does it matter if we invade this country seeing as they’ll all be dead soon from the melting icecaps” or “There’s no point in campaigning for a payrise because a comet is bound to strike this city and kill us all.” People who are demoralized and have their spirit battered are easier to control.

I actually don’t mind An Inconvenient Truth being shown to my daughter at her school so long as she is also shown the other side of the story. This film is the best counter-arguement: http://video.google.co.uk/videoplay?docid=-6772058898203776825&q=great+global+warming+swindle&total=116&start=0&num=10&so=0&type=search&plindex=4
Posted by Ben Emlyn-Jones at 12:24

Human to human and contact transmission of influenza occur - but are overvalued immense. In the course of Influenza epidemics in Germany recognized clusters are rarely (9% of the cases in the season 2005).
In temperate climates the lethal H5N1 avian flu virus will be transferred to humans strong seasonal in the cold via cold drinking water, as with the birds feb/mar 2006.
Recent research must worry: So far the virus had to reach the bronchi and the lungs in order to infect humans. Now it infects the upper respiratory system (mucous membranes of the throat e.g. when drinking and mucous membranes of the nose and probably also the conjunctiva of the eyes as well as the eardrum e.g. at showering). In a few cases (Viet Nam, Thailand) stomach and intestine by the H5N1 virus were stricken but not the bronchi and the lungs. The virus might been orally taken up, e.g. when drinking contaminated water.
The performance to eliminate viruses of the drinking water processing plants in Germany regularly does not meet the requirements of the WHO and the USA/USEPA. Conventional disinfection procedures are poor, because microorganisms in the water are not in suspension, but embedded in particles. Even ground water used for drinking water is not free from viruses.
In temperate climates the strong seasonal waterborne infections like norovirus, rotavirus, salmonellae, campylobacter and - differing from the usual dogma - influenza are mainly triggered by drinking water dependent on the drinking water temperature (in Germany minimum feb/mar – maximum august). There is no evidence that influenza primary is transmitted by saliva droplets. In temperate climates the strong interdependence between influenza infections and environmental temperatures can’t be explained with the primary biotic transmission by saliva droplets from human to human with temperatures of 37.5°C. There must be an abiotic vehicle like cold drinking water. There is no other appropriate abiotic vehicle. In Germany about 98% of inhabitants have a central public water supply with older and better protected water. Therefore in Germany cold water is decisive to virulence of viruses.
In hot climates/tropics the flood-related influenza is typical after extreme weather and natural after floods. Virulence of Influenza virus depends on temperature and time. If young and fresh H5N1 contaminated water from low local wells, cisterns, tanks, rain barrels or rice fields is used for water supply water temperature for infection may be higher as in temperate climates.

It cannot have effect in actual fact, that is what I think.
Vegas dresses | sexy aprons | Vancouver airport

Start following our signals right now & gain up to 270% per day.