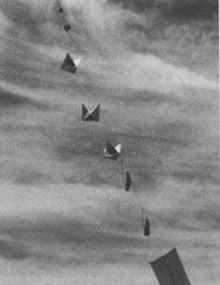 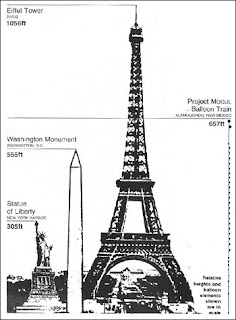 When you start watching this you'll wonder probably where he's leading, but bear with him; all will be revealed: https://www.youtube.com/watch?v=k4ygiQHSNDc.


Project Mogul is a very neat and detailed explanation for the Roswell mystery... yes, yet another explanation! There was a public opening of Project Mogul and study of boxes of apparently 1947-dated material, including realistic documents and packaged debris, including pieces of the biggest unmanned balloon that ever flew. The History Channel made a 1-hour special bravely called Roswell- Final Declassification. So many people think that wraps up the story, but in actual fact Project Mogul is the Doug and Dave of the Roswell incident.

Firstly, it strikes me as strange that such a project would remain classified until 1995. It's not just that the Cold War was over, but that even if it hadn't been, so many years had past. The secrets of the early Cold War were old hat and all the others had been declassified decades earlier: The missile development project at White Sands, the Polaris submarine missile system, early spy satellites, human intelligence rings. I think that Project Mogul never existed; or at least not in the way it has been portrayed in the Roswell Report. Also if the report is true then Jesse Marcel must have either been in a stupor the day he saw the debris from Brazell's ranch or else he lied to Stanton Friedman. Sure the Mogul balloons might not have looked like weather balloons, but they would still have been blatantly man-made and an air force intelligence officer would be the last person to mistake them for anything not so.

There's more to this piece of disinformation that strains credibility even further. By an amazing coincidence on the same day another military operation loses some equipment: parachute dummies. And these dummies were used to explain the alien bodies. I think if I was working for the government and I wanted to make up a cover story, this is the yarn I would concoct. Professor Muller's quip at the end is quite ironic. I'm sure he's not lying, but what he says is still untrue. He just bought the crap along with so many others. Project Mogul was not the "final declassification", it was a deeper and more subtle tactic in the Roswell cover-up.

It's always the initial news reports that are the most interesting; just like with 9/11. In the History Channel show I mentioned above, they actually claim that the first "Flying Disk" story was disnifo in itself! The CIA apparently sewed the seeds of UFO stories as a regular tactic to launder their own operations. I think this is just a double-bluff. It's the opposite: they use imaginary operations like Mogul to launder their UFO research programme. The explanations the Skeptics come up with are more bizarre and convoluted than anything we could!

Highly descriptive article, I enjoyed that a lot. Will there be a part
2?
Also visit my weblog insomnia causes and cures

If you want your ex-girlfriend or ex-boyfriend to come crawling back to you on their knees (no matter why you broke up) you have to watch this video
right away...