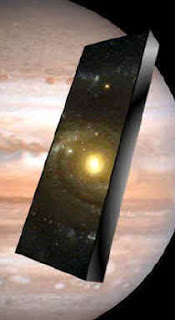 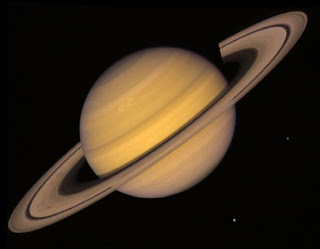 Arthur C Clarke wrote a trilogy of novels called the Space Odyssey. The first one, 2001, was made into the famous film by Stanley Kubrik. The second book, 2010, tells to story of a second expedition to Jupiter where the astronauts encounter the same alien intelligence that the first book and film, but this time it’s a lot more powerful. It converts all the hydrogen in Jupiter into heavier elements until a fusion reaction kicks off and Jupiter becomes a star, a second sun for the solar system, which is basically what happens in nebulae when stars form naturally. This new sun is called Lucifer- the light-bearer. The third book, 2061, is about how the new sun comes to affect the solar system and all the moons of Jupiter. I wonder how much Clarke knew about what’s really going on. He may well have been hinting at something because he worked very closely with NASA in the years preceding these books; he invented satellite technology that allows the global communication we take for granted nowadays. It’s possible that the Illuminati are trying to do this for real. Yes, create a second sun in our solar system! This plot has been nicknamed the Lucifer Project by researchers.

It’s a little known fact that modern unmanned spacecraft are partly nuclear powered. They are driven by rockets for propulsion, but the onboard electrical system is run by the energy from decaying radioactive metals, in this case plutonium, the same material used in nuclear bombs. This has caused a lot of controversy and fears over public safety. What would happen if the launch failed and the craft came down in a populated area? But, as you’ll see, this is the least of our worries. In 2003 NASA’s Galileo craft ended its mission by crashing into Jupiter at top speed. 28 days later a strange black spot appeared on the surface of the planet (This is exactly what happened in the book!) What could have happened is that Galileo triggered a nuclear explosion because its 48 pounds of plutonium fuel cells reached critical mass on entry. Question: If this is what happened, was it accidental or deliberate?

If it was deliberate, and the NASA scientists, some of them anyway, were trying to turn Jupiter into a second sun, then it seems to have failed. But they could be planning to try again with Saturn. The much publicized Cassini-Huygens mission has been in the news a lot lately, having discovered much about Saturn and its moon Titan. This craft is also nuclear powered. It is driven by 72 pounds of plutonium cells, much more than Galileo. The plan is to end Cassini’s mission in the same way that they ended Galileo’s. NASA plan to crash the probe on Saturn, or at least this is the official position:

After its primary mission ends in 2008, Cassini is already scheduled to receive one two-year mission extension, with a second one possible. NASA is targeting decommissioning of Cassini in 2012. Unlike the Galileo spacecraft, which was plunged into Jupiter to disintegrate in a fiery atmospheric entry, there are complications for a similar fate for Cassini; namely the fact that it may impact a large object within the rings and become uncontrollable. NASA is also looking into a possible high-altitude parking orbit or impact on a smaller moon where RTG contamination will not present a problem. Specifically, scientists do not want to contaminate Enceladus or Titan, which both have the possibility of organic materials, with the RTG's radioactive waste. (Source: Wikipedia)

We’ll soon see how keen they are to crash the craft. This was origianally going to happen next year, but the fact that it’s being delayed until the “Real Millenium” year of 2012 is telling. 2012 is the year predicted by the ancient Mayans as being the transition to a new phase of existance.
Why would the Illuminati want to create a second sun? I don’t know and can only guess. It could be to change the enviroment of Earth towards one that is more congenial for their power schemes; the “Eschaton” or final push for complete world domination. It could be that the suns vibes are helping to set the people free and the Illuminati want to create a second energy source of their own to counter it. Maybe the perpetrastors of this in the sapce programme are not the high Illuminati, but are doing this in secret for what they think is a different reason while the high Illuminati know the real motive for the action (a common story). It could be just one of those “because we can” scenarioes. They want to be clever and just do something for the hell of it, to show everyone what geniuses they are. We built the Channel Tunnel for this reason and all these other useless and destructive architectural projects that we just do to flex our muscles and pat ourselves on the back for being so clever (When they’re not done for ritual purposes). As what will happen to the Earth, the planets, the old sun and the people if Saturn turns into a star, I can't bring myself to even dare to speculate! If, like me, you have a respect for astrology, then Saturn becoming a star will have an undreamt of effect in the department too!

A fired of mine at work is really taking this seriously. She and her husband have packed up and left Oxford for the remote highlands of Scotland to try to avoid the outcome of the Lucifer Project. She says that we’ll know when it’s happened because the sky will turn red. I’m going to miss her actually; she’s the only person I know in my daily life whom I can talk to about the “crazy stuff”. However I think she’s climbing up the mast on a sinking ship. If the Lucifer Project happens then there’ll be nowhere on the Earth, or even the solar system, where you can hide. The only solution is for us to free ourselves by taking decisions back into our own lives rather than letting our “leaders” make them for us. If we can see through the veil of secrecy covering space agencies then we can stop the Lucifer Project.

Which ever way it is, I really, really hope its a non event.

Hi my family member! I want to say that this article is awesome, nice written and
come with approximately all important infos. I would like to
see extra posts like this .

Good day! I could have sworn I've been to your blog before but after browsing through many of the posts I realized it's new to me.
Regardless, I'm definitely happy I stumbled upon it and I'll be bookmarking it and checking back frequently!

Feel free to surf to my web site: clear

Attractive section of content. I just stumbled upon your website and in accession capital to assert that I acquire in fact enjoyed account your blog
posts. Anyway I will be subscribing to your augment
and even I achievement you access consistently
fast.

For the reason that the admin of this web site is working, no doubt very soon it will be famous, due to its feature contents.


Here is my web blog; clear