My Book Review: Who Are the Illuminati? 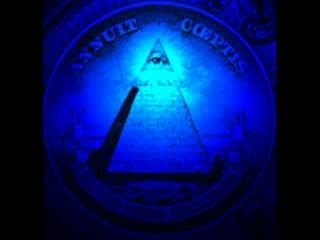 “Who Are The Illuminati?” by Lindsay Porter
From the first glance it is obvious that this book is a skeptic’s debunker (But I still read it. It’s wisdom to always look at both sides of every argument). The blurb and introduction describes the Illuminati as “The most maligned organization in history?” The book begins by claiming that our modern image of the Illuminati is a false myth, descending from just two sources in the 1800’s: the Scottish historian John Robison and the exiled French priest Abbe Augustin Barreul. The author’s initial mistake is to equate the modern ideas of a global shadowy elite and with the true story of Weishaupt’s Bavarian Illuminati, a small and short-lived organization. In this way she makes the same kind of mistake as the people who think all NWO theorists are all anti-Semitic. So if you say: “The Illuminati is the secret organization behind the NWO”, you are automatically interpreted as saying: “Adam Weishaupt’s Bavarian Illuminati is the secret organization behind the NWO”. I’ll come back to that point later.

The book then moves on to the story of Adam Weishaupt, the Bavarian academic who founded an organization called “The Illuminati” in 1776. He says that he did this as a reaction to the Catholic dominance of Bavaria at that time, enforced by the Jesuits who controlled every school, university and library. Books on science, philosophy and history etc were banned as being “heresy”. The country really was stuck in a time-warp. The Illuminati constitution written by Weishaupt sounds very benign and full of goodwill. Its plan was to encourage in Bavaria the kind of Enlightenment that was going on in Protestant Europe, where Christian doctrine was giving way to Gnostic and rational thought, through education, discussion and study. All very nice, but does the organization live up to that ideal?

Actually there is something very suspicious about Weishaupt in the later years that, in my view, contradicts his earlier philanthropy. He models the Illuminati on secret societies like the Masons and Rosicrucians. The group was structured into degrees and compartmentalized so that nobody knew anything about the people above them in the inclusive pyramid structure that is all too familiar. A novice Illuminatus only knew his immediate superior, not his superior’s superior, nor his superior’s degree-mates, and therefore none of the other novices. There were elaborate, Masonic-style rituals to initiate a promoted member into his new degree, including oaths of obedience, secrecy and threats of violence for breaching the order’s code. Symbols like the owl, flame and skull were part of the rituals. The author believes that Weishaupt and his cronies did this purely as a way of giving the group a bit of mystique; a lure for the curious young students that he hoped to recruit; as well as keeping the group secret from the Church authorities. I disagree. Of course there would be a limited need for privacy and confidentiality, but not on that scale; and the organization’s esoteric pomp would actually be very counter-productive in a Catholic theocracy like Bavaria. I’m sure that it wasn’t exactly helpful in avoiding the charge of Satanism that was hurled at them. Also the hierarchical nature of the order seems to contradict Weishaupt’s professed egalitarian principles. He was supposed to be a republican anti-aristocrat who believed that every human being was born equal and had a right to knowledge and happiness. It doesn’t add up.

A great change came over the order in 1780 when Weishaupt recruited the Hanover writer Baron Knigge. He was an ideal member and very quickly rose to the top of the hierarchy to become joint Master with Weishaupt. This was the start of a highly significant development. There was a major schism between the two Illuminati Primi. It was very much due to Knigge that the Illuminati became so ritualistic; Knigge was also instrumental in the order’s infiltration of Freemasonry. I have a feeling that Knigge may well have been a “Mugabe-Nehru”: a person with a mission to infiltrate and take over an established institution and sit behind the scenes, riding in the slipstream of someone else, usually a genuine innocent, until the time comes to make your move and usurp their position to change the institution into something different. It could be that Weishaupt is not to blame for the course the Illuminati were to take. But the author doesn’t address this possibility.

The author then attempts to prove that the various groups, like the Illuminati/Masons, which have been blamed for the French revolution could not have done so. For example she addresses the legend of the executioner of Louis XVI shouting “Jacques De Molay, you are avenged!” The Masons (and therefore the Knights Templar) suffered badly under the Terror; many were guillotined, so how could the revolution be a Masonic plot? The author’s logic is that because the entire Masonic network had to be in on the hypothetical plot, it couldn’t have happened because they were basically killing their own. If she had brought more recent conspiracy research to bear she might have found the answer. Not every Mason had to be in on the plot; not every Jacobin, not every Illuminatus. Because the foundation of these societies is compartmentalization and obedience the plot can be engineered by just a handful of people. I’m sure this handful would have no qualms about sacrificing their own in order to maintain the illusion! The French Revolution might well have been engineered, not by the Masons or Bavarian Illuminati, but by the secret organization that works through all of them. This is the mistake the author makes again and again: “Global Illuminati” = Bavarian Illuminati; that the entire plot derives from a known secret society.

When she comes to the Protocols of Zion, she really lashes out, blaming conspiracy culture for events like the Holocaust. She points out correctly that the Protocols, in the form they were published, are a fake. Then she gives a list of 19th Century sources for the idea. The so-called “Simonini Letter”, the novel “Biarritz” by the anti-Semitic postman-turned-Prussian-spy Herman Goedsche, the French book “Dialogue in Hell Between Montesquieu and Machiavelli” by Maurice Joly. In the last example the words of the Protocols are exactly uttered by Machiavelli. I was waiting for the author to announce the actual origins of the entire idea, but she didn’t. It is possible that the Protocols are simply a product of various authors plagiarizing each other, but there must have been an original inspiration behind it. As I’ve said on web forums, and in this article: http://hpanwo.blogspot.com/2008/02/protocols-of-zion.html , I believe that this inspiration was a real document. It was not anti-Semitic in its original form; that form was fabricated, paraphrased from the real document by whoever who first discovered it (It was first published by Sergei Nilus), to falsely vindicate their own bigotry. They simply copied it out substituting “Elders” and “Goyim” for something like: Olympians and Sheeple. The original document has since remained secret. The author returns to the Protocols again in order to make some truly libelous comments about David Icke.

The last part of the book looks at modern conspiracy theories, and it’s here that the author really loses the plot. She ridicules the people who see hidden symbolism in the Great Seal. She naively states: “No conspiracy theorist seems to question why an allegedly secret group would choose to make such a public display of their presence and intentions”. This question has been addressed and answered many times by the “conspiracy theorists” she so dislikes. When she gets round to talking about David Icke the author makes a factual error. She states that David’s first book is “The Robots Rebellion”. Not true: it is “Truth Vibrations”; and he wrote four other books after that one before putting pen to paper for “The Robots Rebellion”. (He wrote two books before “Truth Vibrations” as well: “It’s a Tough Game, Son!” about football, and “It Doesn’t Have to Be Like This” about environmental issues.) This is nitpicking, you might say. Well, no it’s not because she quotes her source for all David’s work as the historian Michael Barkum. In other words she has herself done exactly what she scolds conspiracy theorists of doing: relating the words of other researchers as fact. She riles about the stupidity of historians who read the works of Nesta Webster and take it as fact, when she does exactly the same with Michael Barkum. I doubt if she has investigated David Icke’s work deeply; she can’t have to make such an obvious error. She also chides him for using the Protocols of Zion, saying that his writings disturbingly echo Nesta Websteer. Hardly! Would Webster have written “The body is merely a temporary spacesuit for the immortal soul; this makes all racism grotesque. It’s like Neil Armstrong and Buzz Aldrin arguing over who’s got the best spacesuit!”? (Not that those two ever really walked on the moon, but we'll discuss that in a later article.) David has explained again and again his very sound and innocent reasons for quoting the Protocols, but nobody seems to listen!

The books bibliography is very biased; of all its 67 titles, only one is a contemporary pro-conspiracy book: “Rule by Secrecy” by Jim Marrs.

All in all, the author attempts to prove that all conspiracy theories are nonsense by showing that the overt fronts of various organizations are not behind the major events of history. Of course they’re not! You have to look behind the scenes at the more subtle forces that operate above all others. Human historical actions all have one thing in common: they are about the domination of the mass of our species by a tiny elite. Not Jews or Jesuits or white people or, as Karl Marx said, “A class struggle”, but above that; a dark, sinister cabal who use racial conflict and the class struggle… and anything else… to get what they want!
Posted by Ben Emlyn-Jones at 12:56

If you want to increase your know-how just keep visiting this web site and be updated with the newest
information posted here.
Have a look at my web site ... published here

Join the great Illuminati today and become rich and famous . Are you seeking for wisdom and knowledge ? Are you a business Man / woman , Pastor,politician , musician, doctor , footballer , Swimer? Do you
want to be a famous artist or an actor, and you want to be rich, powerful and famous in the world ? Join the Illuminati New World Order and let your dreams come through. Contact our supreme grand master via his WhatsApp number +1-414-219-9452