Saturday Morning
The alarm clock went off at 7AM and Ustane and I stirred from our sleep that was too deep and too short. We both had nightmares. Ustane’s was an awful one about children having their limbs cut off. It really disturbed her. After hearing Brian Gerrish first thing we wondered if her dream was prophetic. My nightmare was something I’d rather not reveal right now, but it has fortunately proven not to be prophetic; I‘ll let you know if it is. 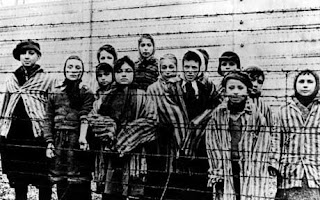 Brian Gerrish
Child-Stealing by the State
http://www.cpexposed.com/
Here’s my review of Brian’s speech at the AV2 Conference: http://hpanwo.blogspot.com/2009/06/alternative-view-ii-part-5.html . A lot has happened in Brian’s life since he addressed AV2 in June. His newspaper, The UK Column (http://www.ukcolumn.org/) has been served an injunction to stop it reporting on what is going on in secret family courts. This is very disturbing new information for all of us, and gives me a real chill because I very nearly had my child made a ward-of-the-state myself in 2005; I only escaped this fate by suing my own mother and agreeing to live in the same house as my ex-partner; it was a harrowing period of my life. The state is using clandestine actions to bully, threaten and frame parents. They falsify evidence, like medical records and assessments and this is getting so bad that they can remove the children of almost anyone they choose at will. Why is the state doing this? To break up families and raise the next generation of citizens under their own direct control. Children in this country, not some tin-pot dictatorship, the United Kingdom of Great Britain and Northern Ireland, can be snatched from loving and competent parents and imprisoned in state communal homes where nobody can visit them. There they are being sexually abused and subjected to medical experiments without parental consent. If they die while in “care” they have their organs snatched for the Transplant Service. Maybe this is where Ustane’s dream comes from; it is also very synchronous when you consider the news story I mentioned from Australia and Kevin Annett‘s work in Canada; these projects are nothing new. Parents who try to investigate and get their kids back are stonewalled. There was actually a news story a few weeks ago about a 17 year old girl with a newborn baby who has gone on the run to escape Social Services. They say she is “not bright enough to be a mother”. This is par-for-the-course in actions like these because they basically said the same thing about me in 2005! If I’d known then what I know now I’d have gone on the run too. Social Services are a law unto themselves who are not accountable to the elected representatives who employ them. Any councillors who try to investigate them have their careers threatened by “scrutiny committees”; and you can get a politician to run naked through Sainsburys with a cucumber up their arse by threatening their career!
Brian states that he believes that the suicide hotspots in South Wales and other places are not just statistical blips; they are not, to use that cliché cop-out, a coincidence. One anomaly is that most of the victims are teenage girls and they carry out the tragic act by hanging themselves. This does not match the normal habits of their age-group; most teenage girls take drug or medication overdoses.
One motive for this crime by the state is money. At a lower level the state can buy cooperation by rewarding lawyers, doctors and social workers with cash bonuses for their work. I’ve always thought that at a higher level there’s a far more long-term strategic agenda in play, and Brian agrees. The real motive for what he talks about is the creation of a new kind of society; in other words a New World Order. These various organizations involved are controlled by a central organizing cadre made up of elite psychological manipulation think-tanks like Common Purpose and the Tavistock Institute. I’ve written a lot about this myself as you’ll see if you browse around HPANWO. Local authority figures who have been targeted for this kind of treatment often display psychopathic behaviour and these are exactly the kind of people the Elite want ruling us. It’s in line with what is written in the Communist Manifesto and Frankfurt School about breaking down family bonds and replacing them with the state as a father/mother-figure. I have a lot of admiration for Brian, the way he is researching and exposing these evils. What’s more I sense that he is becoming more and more aware of the “bigger picture” that I said in my last conference report that he hadn’t yet grasped. Brian delivers the hard-hitting facts-of-life, but he is not a doom-and-gloom merchant like Alan Watt and some other people I could mention. He remains optimistic and truly believes that if we expose this agenda we can get out of this cess-pit and build a brighter future. He recommends a book called Forced Adoption by Ian Josephs (http://www.amazon.co.uk/Forced-Adoption-2nd-Ed-Josephs/dp/140926971X/ref=sr_1_1?ie=UTF8&s=books&qid=1258731056&sr=1-1) 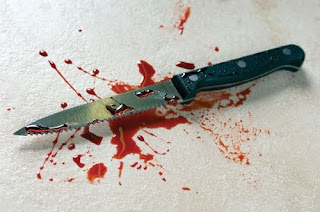 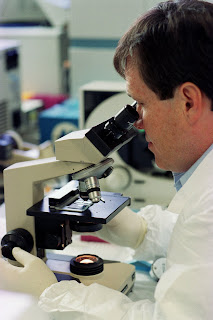 Always full of information, and keep it up Hagbard:)

what a hard moments that's something maybe no one wouldn't like to remember, I think we'd have to be strong enough to overcome a situation like this one.

Greetings! Very helpful advice in this particular article!
It is the little changes that produce the biggest changes.
Thanks a lot for sharing!
Take a look at my site :: we buy ugly houses PA

I am sure this piece of writing has touched all the internet visitors, its really really fastidious article on building up
new weblog.
my web site - Audio Visual

Greate post. Keep writing such kind of information on your site.
Im really impressed by your site.
Hello there, You have done an incredible job. I will certainly digg it and individually suggest to my friends.
I'm confident they will be benefited from this site.
Feel free to surf my webpage ... best wedding insurance

I leave a comment whenever I appreciate a article on a website or I have something to add to the conversation.
It's a result of the sincerness displayed in the post I read. And after this article "Alternative View 3- Part 2". I was actually moved enough to drop a thought ;-) I do have 2 questions for you if you tend not to mind. Could it be just me or does it give the impression like a few of these responses appear like left by brain dead folks? :-P And, if you are posting at additional online sites, I would like to keep up with everything new you have to post. Would you make a list all of all your public sites like your Facebook page, twitter feed, or linkedin profile?
Feel free to visit my page ; click here for info

Good post. I learn something totally new and challenging on blogs I stumbleupon
on a daily basis. It will always be useful to read through content from
other writers and practice something from their sites.

Saved as a favorite, I like your web site!

I'm not sure where you're getting your info, but good topic.
I needs to spend some time learning much more or understanding more.
Thanks for excellent info I was looking for this info for my mission.

I'm not sure why but this site is loading extremely slow for me. Is anyone else having this problem or is it a issue on my end? I'll check
back later on and see if the problem still exists.

Superb blog you have here but I was wanting to know if you knew of any forums that cover the same topics talked about in this article?

I'd really like to be a part of group where I can get responses from other experienced people that share the same interest. If you have any suggestions, please let me know. Appreciate it!

We stumbled over here by a different website and thought I might as well check things out.

I like what I see so now i am following you. Look forward to looking over your web page
again.

Look at my web blog ... Yukata Next Door Wife - 1 (gndhlovu.blogspot.co.uk)

You could be qualified for a complimentary $1,000 Amazon Gift Card.