We had cocktails with the speakers on Saturday evening and Ustane and I got to speak to Brian Gerrish and Franky Ma. It was great to meet the speakers and other delegates in this way, but the cocktails themselves were far too expensive for us so we just had some orange juice. I wasn’t really in the mood for drinking anyway. I’d been feeling very strange since Saturday morning. I had an inexplicable sense of foreboding that wouldn’t go away. It was just as strong when I awoke on Sunday morning. At the end of the conference when I returned to Ustane’s house I identified an event that might have been the cause of it, but luckily it was not related to AVII or any of its speakers and delegates. However there might be a link to something that happened to me a while ago. Despite my psychic unease I eagerly anticipated Day 2 of the proceedings. 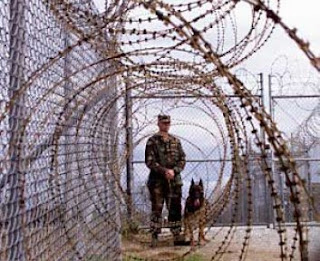 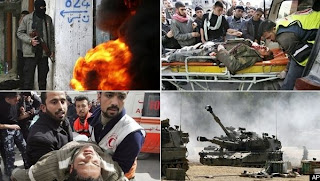 Hey there! I understand this is somewhat off-topic
but I had to ask. Does building a well-established blog such as yours require a large amount
of work? I am completely new to blogging however I do write in my diary on a daily
basis. I'd like to start a blog so I can easily share my personal experience and feelings online. Please let me know if you have any ideas or tips for new aspiring blog owners. Thankyou!

Have a look at my webpage: toshiba support chat

Wow that was odd. I just wrote an extremely long comment but after
I clicked submit my comment didn't show up. Grrrr... well I'm not writing all that over again.
Anyway, just wanted to say excellent blog!

Nice blog! Is your theme custom made or did you download it from somewhere?
A design like yours with a few simple adjustements would really make my blog
shine. Please let me know where you got your design. Cheers

My weblog ballet shoes to buy in uk

Hmm is anyone else experiencing problems with the images on this blog loading?
I'm trying to find out if its a problem on my end or if it's the blog.
Any feed-back would be greatly appreciated.

Wonderful blog! I found it while surfing around on Yahoo News.
Do you have any suggestions on how to get listed in Yahoo
News? I've been trying for a while but I never seem to get there! Thanks

Hey! It looks as though we both have a interest for the same thing.

Your blog, "Blogger: HPANWO" and mine are very similar.
Have you ever thought of writing a guest write-up for a related blog?

It is sure to help gain publicity to your blog (my website recieves a lot of visitors).

If you're interested, e-mail me at: brookemcintosh@gmail.com. Thank you so much

Yesterday, while I was at work, my cousin stole my apple ipad and tested to see if it can survive a thirty foot
drop, just so she can be a youtube sensation. My iPad is now broken and she has
83 views. I know this is completely off topic but I had to share it with someone!

Woah! I'm really enjoying the template/theme of this blog. It's simple, yet effective.

A lot of times it's challenging to get that "perfect balance" between user friendliness and appearance. I must say you've
done a great job with this. Additionally, the blog loads very fast for me on
Firefox. Excellent Blog!

Neat blog! Is your theme custom made or did you download it from somewhere?
A theme like yours with a few simple tweeks would really
make my blog stand out. Please let me know where you got your theme.
Kudos

Feel free to visit my homepage compact refrigerators with freezer

Greetings from Colorado! I'm bored to tears at work so I decided to browse your site on my iphone during lunch break. I really like the info you present here and can't
wait to take a look when I get home. I'm amazed at how fast your blog loaded on my phone .. I'm not
even using WIFI, just 3G .. Anyhow, superb site!

Have you ever thought about including a little bit more than
just your articles? I mean, what you say is important and all.

But think of if you added some great graphics or videos to give your
posts more, "pop"! Your content is excellent but with images
and video clips, this website could certainly be one of the most beneficial
in its niche. Awesome blog!

I do not know if it's just me or if everyone else encountering problems with your blog. It looks like some of the text on your posts are running off the screen. Can somebody else please provide feedback and let me know if this is happening to them too? This could be a issue with my browser because I've had this
happen previously. Kudos

Woah! I'm really digging the template/theme of this website. It's
simple, yet effective. A lot of times it's hard to get that "perfect balance" between usability and appearance. I must say you have done a amazing job with this. Also, the blog loads super fast for me on Opera. Excellent Blog!

Hello, i think that i saw you visited my website so i came to “return
the favor”.I'm attempting to find things to enhance my website!I suppose its ok to use some of your ideas!!

Heya! I just wanted to ask if you ever have any issues with hackers?
My last blog (wordpress) was hacked and I ended up losing many
months of hard work due to no data backup. Do you have any solutions to protect against hackers?


Check out my blog post; plumbing apprenticeships in maryland

I'm going to aslo ensure to give you the proper anchortext link using your website title: Blogger: HPANWO. Be sure to let me know if this is okay with you. Thankyou

In any case, I'm a big fan of your blogging site and if you ever want a guest article please email me at: raphael-turman@freenet.de. I love writing!

If you're looking for a solid contextual advertising network, I suggest that you check out ExoClick.

Did you know you can create short links with LinkShrink and make dollars from every click on your short urls.

Order a professional Sparkling White Smiles Custom Teeth Whitening System online and get BIG SAVINGS!
* 10 shades whiter in days!
* Professional Results Guaranteed.
* Better than your dentist, for a fraction of the cost.
* Same as dentists use.

Are you looking for free Google+ Circles?
Did you know that you can get these ON AUTOPILOT & TOTALLY FREE by using Like 4 Like?

Start following our signals today & profit up to 270% per day.