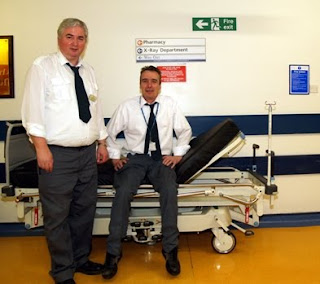 HPANWO has been around for over 2 years now. Since I launched it in August 2007 it has expanded into 4 blogs, a forum and a YouTube channel. I have written 369 articles, produced 19 HPANWO TV films, many of them multi-vid and one feature-length. I’ve also published 17 pieces of literature including a new edition of my second novel, Rockall. As HPANWO delves further into its third year I decided it is time to add some kind of index, making it easier for readers to find articles that interest them. This index will appear in the Mission Statement and I’ll sticky it on the HPANWO Forum too.

The categories do not indicate a pure and exclusive relevance and some articles will be in more than one category because they contain more than one theme. The conference reports will probably cover most or all the categories (This index is not finished yet. I‘ll be adding more from HPANWO Voice plus any new entries on any of the blogs):

Fantastic work you have done Ben! I really admire your energy & devotion - am very glad to have virtually met you :)
ATB

Thanks, Alex. The feeling's mutual. Hopefully we'll meet for real one day.

Can't find anything on this index page about Victor Zammits 2 recent podcasts. Am I looking in the wrong place? The Zammits very much deserve to be here.

I would like to be able to search on Zammit's podcast 107 (that's part 2) and come up with a working link leading to an mp3 player.

Is that possible?
Is there an index page for podcasts ?
Novice I am.
Steve in Sydney

Anybody else is interested in getting a FREE BURGER KING GIFT CARD?

There is a chance you are qualified for a free $1,000 Amazon Gift Card.

Start following our signals NOW and make up to 270% per day.