Some of Them are on Our Side 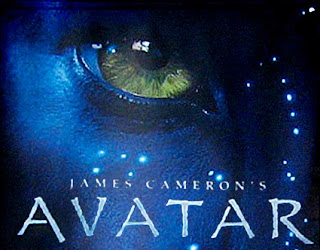 It’s very “in” to be a pessimist these days. As I said in a recent article on the Voice, I think this is often because it gives one a kind of street-cred, see: http://hpanwo-voice.blogspot.co.uk/2012/03/insider-posers.html. There seems to be a strange kind of prestige and ascendency in believing that all hope is lost. I’ve spoken before about “Lenny”, see: http://hpanwo.blogspot.co.uk/2009/10/probe-autumn-2009-part-4.html; but apart from him I’ve noticed that there is another kind of cynic, a quiet and private kind exemplified by another Probe-buddy. This is an elderly man who regularly attends the Probe conferences; he’s a quiet man, a loner who tends to stick to himself. However when you get talking to him you’ll quickly find that he is calmly and dispassionately convinced that all hope is lost; the Illuminati are on the verge of unstoppable victory and that Planet Earth is doomed to death. I hesitated to ask him why he bothers to attend Probe at all then! But whether I’m talking about the quietly resigned or the egotistical auto-sodomites like “Lenny”, it’s obvious that many people who, when they first become Conspiratorially-aware, take one look at the world around us and surrender. And I agree that on first glance things do look pretty bleak, the perpetrators have made sure of that. We have a population of billions enslaved to an Elite for whom evil is their lifeblood on a planet that is choking to death on its parasites’ venom. But I’m willing to give up some of my kudos at this point and concede my entry to the pissing-contest: I don’t think it’s that bad. It’s bad, yes, but I’m not ready to throw in the towel yet. The media is one of my biggest sources of inspiration, ironically, when you read my rants about it (EG: http://hpanwo.blogspot.co.uk/2008/07/grimlys.html). We hear all the time that it’s controlled and full of propaganda; and yes, it is full of propaganda, but is “controlled” the right word? A better one might be “influenced”.

In fact I’d go as far as to theorize that right now there’s a battle raging in the world’s media. On the one hand you have establishment misinformation, but on the other you have films, books and other works of art constantly coming out that have powerful anti-establishment and nonConformist themes. This would not be possible if the media were completely controlled. Good recent examples are Avatar, V for Vendetta, Dead Poets Society, Wag the Dog and The Last Enemy. There is no way that if Hollywood and the BBC were completely controlled by the forces of Darkness that these films could ever be produced. What we would have instead is a continuous stream of Conformist and institutional polemics with a token handful of very wet and transparent counter-positional publications just so as not to make it too obvious. At the moment I’m going through online videos of films and TV programmes that came out either before I was born or before I was old enough to properly understand them, and which sum up what I’m talking about. 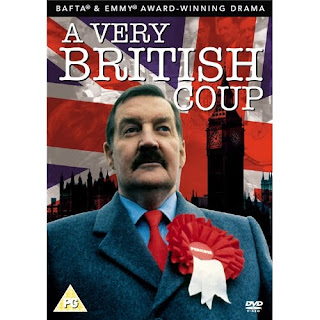 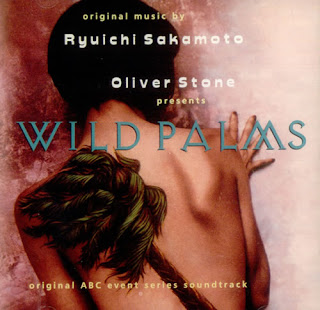 Wild Palms- MGM, 1993
It can be seen for free online here: http://www.youtube.com/watch?v=YqbdA0gMq64
I remember watching this American sci-fi miniseries when it first appeared on the BBC. It was much-hyped beforehand but got crap reviews; well you know what I think of reviews, see: http://hpanwo-voice.blogspot.co.uk/2008/06/critics.html. It was co-produced by none other than Oliver Stone and although you certainly won’t see any Oscar-winning acting performances, it’s still one of the most remarkable TV series I’ve ever seen. It is set in California in 2007, which at the time was obviously the future, and it explores the political abuse of technology, especially technology in the media. The production design is quite clever and cyberpunk-ish; little details like anachronistic and strange tuxedo shirt collars being fashionable and the influence of Japanese art and architecture give it a hint of realism. The story is about how a Right-Wing quasi-religious secret society called “The Fathers” are taking over the media and politics. The plot is confusing because the bad guys have several different names: “The Wild Palms Consortium”, “The Church of Synthiotics”, “Mimecom” and a couple of others. Also it turns out that all the main characters are closely related to each other and that as the story progresses it is revealed that these relationships are all different; so sons become brothers and uncles become cousins, mothers become wives etc etc until I could no longer follow them. The bad guys, whatever they’re called, have found a way to create a holographic TV system called Church Windows and that by taking a designer drug called “Mimesine” the viewer can make the holograms seem solid, and they can even be touched. The Fathers have an enemy, an underground guerilla force known as “The Friends” who are libertarian and promote the US Constitution. What is very interesting is that The Friends are more general nonconformists, like myself, as opposed to being motivated by a political ideology; they’re free-spirited and eccentric while the prevailing culture of the setting values and enforces extreme conventionality (Sounds familiar?). Sometimes their notions and activities make me wonder if they were inspired by Robert Anton Wilson. They dress in strange clothes have fun-filled parties and recite Walt Whitman poems, like Robin Williams’ characters in Dead Poets Society and Patch Adams. This engaged me into the film on an emotional level and I found it oddly gripping. The Fathers are easy to despise because they’re authoritarian, sadistic and hateful, torturing and mutilating their victims; The Friends on the other hand exhibit a hippie-like “peace n’ love” demeanour. The series ends happily and I remember well the joyous celebrations on the streets, and the people calling out: “The Fathers have fallen!” has stuck in my mind ever since. The series could have been better on a structural and technical level, but it is perfect in terms of style and intrigue. 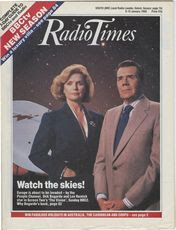 There’s a curious fact associated with Wild Palms: that just a couple of years before it was produced another TV movie came out in Britain called The Vision, which had a very similar plot. In this case the main protagonist is played by the elderly Dirk Bogarde and the climax of the story has Bogarde’s character interrupting a live TV programme and speaking out to the viewers, alerting them to the dangers of the secret conspiracy behind a new TV network, a la Wild Palms. The Vision however ends on a more sombre note. As soon as he’s arrested and led off by the police the hero realizes that the programme’s producers anticipated his action and did not in fact broadcast live as promised. His outburst is swiftly edited and the broadcast continues. The film is very hard to get hold of. It’s not currently being broadcast anywhere online and can only be purchased as a old VHS tape on the American Amazon site, see: http://www.amazon.com/Vision-David-M-Thompson/dp/B0009VF5KA.

I really don’t agree that we’re living in a world where we’re controlled by the media. I do agree that there are attempts, occasionally successful, to control our minds via some of the elements working within the media, but these elements by no means have a monopoly. Some people claim that movies which challenge the Conformist norm and Illuminati-engendered ethics are a psy-op, controlled-opposition. I’ve already said that in a completely Illuminati-controlled media there would have to be very attenuated and shallow counter-propositional anti-establishment productions in order not to make the manipulation too obvious, but people who claim that the works I’ve mentioned and described here are examples of this controlled-opposition are making a mistake I think. This mistake leads to a very twisted and unfalsifiable logic. Watching Robbie Graham at the Exopolitics Conferences, see: http://hpanwo.blogspot.co.uk/2011/08/exopolitics-leeds-2011.html and reading his blog Silver Screen Saucers, was a real eye-opener for me, see: http://silverscreensaucers.blogspot.co.uk/. When I hear people on the Internet chime: “Avatar is a psy-op!” “Close Encounters... is a psy-op!” I’m afraid I can’t take them seriously. You see if these works are all controlled-opposition then what on Earth could not be? How does anything pass the test that these people would use to prove that a film is not a psy-op? I’ve seen films and read books that have made my jaw drop with the level of daring that they show in raising certain subjects and themes that are totally taboo in the world of non-fiction: false-flag terrorism, UFO cover-ups, the faked Moon Landings, fake war reports, mind-control in education etc etc. These works are definitely not all controlled-opposition. Real controlled-opposition would be very different to what we see in these people’s theories. It would be far less soulful and sophisticated. This is firstly because propaganda doesn’t need to be very sophisticated to work; in fact very simplistic and monolithic themes tend to work best for most viewers, like in Independence Day and Roland Emmerich’s other movies. Secondly I suspect that the Illuminati are simply not capable of producing anything soulful and sophisticated; such feats are beyond the remit of their mental processes.

I can’t really write an article on this subject without paying tribute to my favourite anti-establishment TV series of all: Blakes 7. In fact I think this TV series ends the debate about media control. I review it in details in this article: http://hpanwo.blogspot.co.uk/2007/10/blakes-7.html. If the conspiracy to control the media was as successful as some theorists claim it is, then how the hell did they let this one slip through the net? Yes, the media is often used to manipulate the thoughts and feelings of those who watch it, but this agenda is in no way complete. There are many individuals working in the media today: script-writers, novelists, TV producers, film-makers; including some very famous names indeed, who know exactly what is going on in this world. They know far, far more then you’ll ever hear them admit in any interview or in any non-fictional piece of writing, but they know alright; and what’s more they’re trying to tell us. Their mission is not in vain, because we hear them. If any of them are reading this I’d like to say just one thing: Thanks guys!