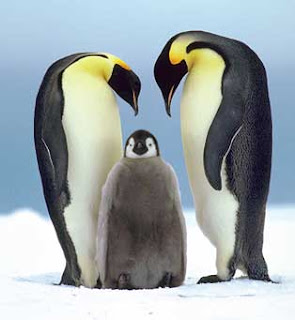 This is an emergency HPANWO post. I’m asking all of you to join me in sending thoughts and vibes of healing and wellbeing to the man known to regular HPANWO readers as “Jack”. For background see here: http://hpanwo.blogspot.com/2008/07/jack-of-antarctic.html .

Jack is a person I’ve known since 2006. Although I’ve only briefly met him twice and know very little about him, I’ve come to consider him as a friend. He is a very brave and dedicated man who has spoken out about a very deep and dark secret in our country’s history, and that of the world. He has done this at great personal risk, and risk to his family and friends. He has also treated me with the utmost respect, sensitivity and understanding and taken steps to protect me from any repercussions of his actions, should they fall.

I’ve recently received word that Jack has been taken ill. He was struck down by heart problems a few days ago and admitted to hospital in a serious condition. I’m afraid that’s all I know at present and I’ll keep you posted with any developments, but I’m concerned for him. Obviously he’s an elderly man, although he’s always seemed very fit and healthy when I’ve seen him. We can only hope and pray. Get well soon, Jack! My thoughts are with you! 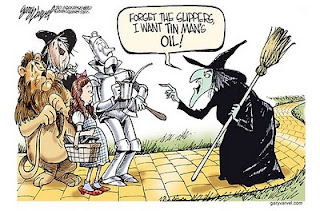 I have an announcement to make. I no longer have an age! From now on if you ask me how old I am I will reply: “I am ageless.” This is incomprehensible from the Conformist perspective, and some of you regular HPANWO-readers might even wonder what I’m on about. How can I be ageless? Everybody has an age because we all get born on a specific date and age is the measurement of how long ago that date was. But no, age in Conformist society is more than that; it is used by society to define your life. After your gender identity, whether you are a man or woman, your age is probably the most defining characteristic of your persona. It’s a force that weighs us down, holds us back, hinders our desires and dictates our behaviour. It is this kind of age I am against, in fact I’ll spell it with a capital first letter to distinguish it; "Age" as opposed to "age". age is merely the length of time we have been alive, Age is the monstrous and destructive cultural baggage hanging onto that scale. The reason I have decided to become ageless is to oppose Age, not age. The pressure put on us by the Conformist Regime to submit to Age is enormous. We have words like “toyboy” and “sugar-daddy” to describe relationships between people of different ages. We have catchphrases like “birthday blues”, “you’re no spring chicken”, "the big four-oh (or five-oh, six-oh etc)” and “mutton dressed up as lamb”. It’s the source of much humour with jokes like these: http://www.jokesclean.com/Age/ Society ridicules and condemns those who breach the regulations of Age. What Age we are decides what is acceptable or unacceptable for us to think, say and do. People of a certain Age are meant to listen to this kind of music, go to this kind of pub and wear this style of clothes. I’ll never forget talking to one of the nurses at work, a woman of thirty-five, who was about to move to New Zealand with her husband, a man of similar age... and Age. She told me: “I’d rather go to Australia than New Zealand, but we’re too old. Australia is a young person’s place.” It amazes me how depressed people get when, for instance, they have their fortieth birthday. They lament: “I’m getting old!” But take away the Age and look at the age. On their fortieth birthday they are precisely one day... just one day... older than they were the previous day before when they were aged thirty-nine. Of course Forty is a milestone because it marks a new decade, the “big four-oh” of Age-Conformism, but the only reason decades exist is because our number system is base-10. This came about probably millions of years ago when we were still ape-men and we first learned to count; humans have ten fingers so we counted on them and created a base-10 or base-5 numerical structure. If we’d evolved with eight fingers rather than ten then we’d be counting in base-4 or 8 instead; and being thirty, fifty or sixty years old would become just another year, like turning thirty-seven or forty-two. So you see the difference between Age and age? I want to rid myself of this psychological mill-stone.

I’m interested in what has become known as “the aging process”. This is not completely understood by biologists, but it seems to be caused by expanding and repeating errors in cell division. Some scientists think that this is inbuilt into our DNA, which makes sense in evolutionary terms because a biosphere filled with immortal creatures would pretty quickly become overcrowded; living creatures have to die to make room for new ones. The result of this, in our society, is that people’s bodies gradually deteriorate and slow down until they eventually stop working and they die. This is what happens to people in modern Western society. It is thought of and almost universally accepted as inevitable. I recently went on manual handling training at work where the lady taking the course reinforced that notion. But is this really the case? I do suspect that rather than built-in or unstopped deterioration there is a “switch-off” DNA strand somewhere in our genome; this would be necessary in evolutionary terms, like I said above. This might make the work of Aubrey de Grey and the Life Extension Movement futile unless they can find a way to neutralize this strand; see this very old HPANWO article on the subject: http://hpanwo.blogspot.com/2007/08/life-extension-movement.html . The reason I wonder about this is because almost all aging studies, called “gerontology”, have been done on modern Western people, people who are supposed to be the fittest and healthiest in the world. However I’m also interested in the gerontology that has been done on indigenous peoples, and it comes up with some surprising results. In Nexus (see links column) a couple of years ago there was an article about a scientist in the 1920’s who traveled to a very remote village high in the Swiss Alps. The people there had very little contact with the outside world and lived in self-sustaining communities. His initial study was on the health of their teeth, and he discovered that they never suffered from cavities or gum-disease, despite the fact that they only brushed their teeth occasionally. Then his interest moved on to their health in more general terms. He found that they very rarely got sick, at all or in any way; and they only called in the doctor when one of their folk had an accident. Another thing he remarked on was how it was very hard to tell the people’s age. For instance when a father and son were standing together he had to look closely to see which one was which. He noticed that men of all ages used to hike into the forests every day and work as lumberjacks and they’d all be capable of the same workload despite some being in their 20’s and some in their 50’s. In other words there seemed to be none of the deterioration with age that is endemic among modern Westerners. Sure they’d get a few grey hairs and more lined facial features, but apart from that a man of 50 seemed to be able to do anything that a man of 20 could. Not that they were immortal, in fact their life-expectancy was no longer than the average for Switzerland at that time; but what happened was that they’d stay young for 50 to 60 years and then suddenly, as if that DNA switch had been tripped, they’d suddenly deteriorate and die within a year or two. It was as if the aging process in the West was all condensed down to 20 or 30 months in their bodies. Their aging graph would look like an inverted hockey-stick instead of the steady descending slope that is the standard Western one. Why? Well they lived a very healthy lifestyle. High up in the mountains the air is fresh and the water is clean and natural. Their staple diet was organic meat, dairy produce and vegetables. In fact their health suffered badly in the following years when roads and railways were built up the mountains to their villages, allowing the introduction of processed food and other Western merchandise. But it could also be because of their culture.

I’ve found that people who are young at heart tend to look younger, whereas those who are very conscious of their Age and who comply with its doctrines tend to look it, as if the thoughts and feeling of Aging are the very cause of its physical signs, rather than the conventional view which says that it’s the other way round. Our thoughts do affect our physical well-being. It’s been shown that happier people are healthier, so why shouldn’t younger-minded people be younger-bodied too? So become Ageless! It’s very simple. Firstly if you’re a Blogger, remove your age from your profile, as you can see I have done. Then stop thinking of yourself as being a particular age. Celebrate your birthdays by all means, but celebrate them without referring to the number they are. In fact I’ve already found that I have to think twice to remember my age, something we’re not supposed to forget! What a different world it would be if everybody forgot their age! Also treat other people as Ageless too. If a group of young girls or boys at work want to go off on holiday together, go with them. Don’t be put off with the thought: “But I’m so much older than they are.” Don’t address them as “son” or “lad”, or treat anybody any differently because they are younger or older than you. Try to make no assumptions about them because of their age, and keep those you can’t help making to yourself.

Who knows, this could catch on! We already have a Freeman-on-the-Land Movement (see the TPUC website on the links column); I could have started an Ageless Movement that can be related to that. So who’s with me? 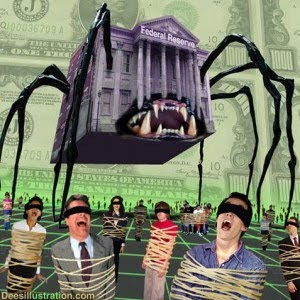 Part 7 of The Obscurati Chronicles is now up on Bens Bookcase: http://hpanwo-bb.blogspot.com/2010/06/obscurati-chronicles-part-7.html