The Legacy of Wilhelm Reich 3 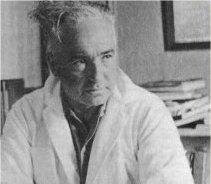 We're still waiting for the report from the archive, but while we do there are some amazing people who are putting Reich's discoveries into practice, despite the disapproval of the authorities that no doubt will be sent their way. This programe in drought-striken Africa could save literally millions of lives.

I'm glad Credo Mutwa is involved. Credo is a fascinating individual. He's the offical historian and storyteller of the Zulu people. Very famous in South Africa, but virtually unknown elsewhere in the world. Every time I meet a South African, or someone from near South Africa, I ask them if they've heard of Credo. Nearly all of them have, including people from Zimbabwe, Zambia and other southern African countries. Credo has some incredible tales to tell about his experiences. A few years ago he did a long interview with David Icke; here it is and it's well worth getting: http://www.davidickebooks.co.uk/index.php?act=viewProd&productId=19 His alien abduction experience is one that matches others' like Jason and Ann Andrews, almost perfectly. The creature who sexually assaulted him is exactly the same as one encountered in Brazil two years earlier. I'll have to write a bit more about that on another post.
Posted by Ben Emlyn-Jones at 11:26