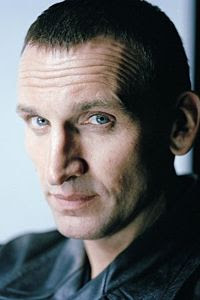 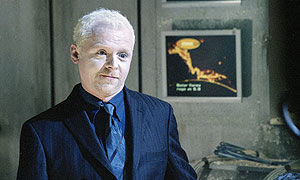 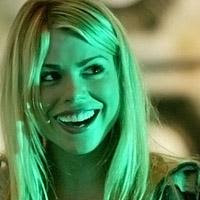 I’ve been a big fan of the sci-fi series Doctor Who my entire life. I watched Tom Baker battling Daleks and Cybermen from as soon as I was old enough to watch the TV. But the most recent few series of Doctor Who have been the best ever. A combination of a brilliant screen writer, Russell T Davies, and two very good Doctors, Christopher Eccleston and David Tennant, have combined to produce breathtaking sci-fi, drama and thrills. (In my view Russell T Davies is the second-best screenwriter in the world; the best is Tony Grounds: http://en.wikipedia.org/wiki/Tony_Grounds)

Occasionally the storyline of Doctor Who deals with some very interesting subjects with some amazingly observant HPANWO-esque allegory. There’s one episode called The Long Game in Eccleston’s tenure. (Here’s the trailer: http://uk.youtube.com/watch?v=w04ipxBewEk). The setting is very cyberpunk-ish and the story takes place on a future Earth. The media is centrally controlled from an orbiting space station called Satellite 5. This is run by a humanoid character called “The Editor”, played by Simon Pegg. His job is to edit everything that goes into the media and as it turns out, use the media to control and psychologically manipulate the mass of the population. The Doctor and his companions Rose and Adam arrive and are taken prisoner by The Editor. This is a segment of the script from their subsequent conversation:

EDITOR: "Create a climate of fear, and it's easy to keep borders closed. It's just a matter of emphasis. The right word in the right broadcast, repeated often enough can destabilize an economy, invent and enemy, change a vote."
ROSE: "So all the people on Earth are slaves?"
EDITOR: "Interesting point. Is a slave a slave, when he doesn't know he's enslaved?"
DOCTOR: "Yes."
EDITOR: "Just 'Yes'? I was hoping for a philosophical debate. Come on! You've got to admire this system, just a little bit!"
ROSE: "You can't hide something on this scale. The people would notice!”
EDITOR: “No, they just carry on living their lives, strutting all over the Earth, thinking they’re so individual when they’re just cattle.”

(If I was writing this I’d have added onto the last line: “Why? Who’s going to tell them? They get all their information from me!”)

This is an incredibly significant and meaningful piece of dialogue! In this episode, it also is revealed that the real ruler of the Earth is not The Editor. He is subordinate to a monstrous alien creature called the Jagrafess. The Jagrafess lives in secret so nobody ever sees him and the people all think The Editor is the one really calling the shots. I wonder how close that is to the truth!
Posted by Ben Emlyn-Jones at 18:17

Hi Ben
Very interesting.
Also synchs in with a video production by the Celtic Rebel that I've been watching (based on the movie 'They Live')

Have attached a link in case you want to take a look.
http://celticrebel.wordpress.com/2008/10/16/they-live-video-companion/

Hi, WW. I've just watched Celtic Rebel's critique of "They Live" and it's remarkable. His assessment of the film is spot on and it's nice to be reminded what a brilliant film it is. I've got the DVD and I've watched it a couple of times; I'll have to get it out again.

In my view one and all may read this.

The most eccentric and amusing images and pictures online.
Counterfoil unconscious
[url=http://www.funnyimgz.blogspot.com]funny pics[/url]