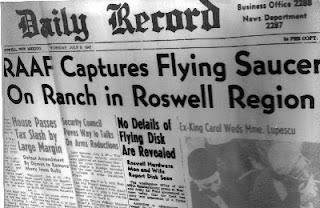 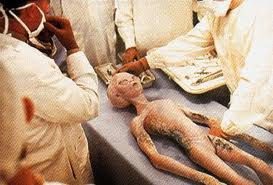 I’ve been going through a very difficult situation at work these last few days and so have found it hard to concentrate, however I think that it’s very therapeutic to maintain an element of normality in ones’ life during a rough patch; it prevents one from losing touch with objective reality or falling into self-pity and becoming self-absorbed or self-obsessed. Therefore I have aimed my intellect at the usual targets and got writing.

I’ve been thinking back to about last December when I visited Rendlesham Forest in Suffolk for the 30th anniversary of the famous UFO incident there; see: http://hpanwo-tv.blogspot.com/2010/12/rendlesham-forest-incident-30th.html I was talking on the HPANWO Forum (see Links column) with Footie McGrew, an Australian member who recently visited the site of a close encounter and mass-sighting of a UFO at Westall in Melbourne in 1966, see: http://www.youtube.com/watch?v=bTqE805dhOE . He said in one of his posts: “The next time this happens, it’ll be Game Over” and that got me thinking. What happened with the world’s most famous UFO event, the Roswell Incident, was that there was a very long time period between the event itself and when research into it began; it was thirty years in fact! The moment Roswell entered the sphere of publicity can be traced very precisely: It was when Major Jesse Marcel Junior first contacted the UFOlogist Stanton Friedman to tell his story, in 1977. This was thirty years after that wreckage had come down on the Brazel Ranch and Glen Dennis had been to the airbase when those aliens were being stored there. It struck me that the time period between when a UFO had appeared in Rendlesham Forest and when I had attended that conference last year was also exactly thirty years, the same length of time. However the history of research into the two incidents couldn’t be more different. With Rendlesham Forest, a massive amount of hard evidence and contemporary eyewitness testimony was gathered which entered the public arena almost immediately. The Four Horsewomen of Rendlesham Forest: Jenny Randles, Brenda Butler, Dot Street and Georgina Bruni, were at the scene and on the scent from the start and it took just two years before the story appeared in the mainstream news headlines.

I imagined a scenario in which the same amount of released and discovered evidence with a similar timeline had occurred with Rendlesham Forest as did with Roswell: Firstly there would have been little mention of the event in the news at the time except a brief story in the local newspaper that would have been withdrawn the next day with a string of embarrassed mumblings about “weather balloons”. Then the whole event would have been almost completely forgotten and ignored until… well today! Suddenly, out of the blue, a middle-aged Boroughs, Penniston, Halt and Warren would approach the media with an amazing story to tell! They saw a UFO 30 years ago, way back in 1980! Unfortunately there’d be no evidence at all: No Halt Tape, no plastercasts of the landing sites, no Suffolk Police log, no Halt Memo, no Nick Pope talking about the incident on TV, nothing! You can imagine what the Skeptics would be saying; basically all the things they say about Roswell in the real world. There’d be no need for them to employ such obscure, abstract concepts as magic teleporting lighthouses and flying truckloads of manure. They could just say: “No evidence- end of!” It would help if the Government then suddenly declassified some top secret programme from those days, “Project Akbar” or something. A balloon to spy on the Russians and, apprently, that’s what those airmen really saw.

It makes you think doesn’t it? It’s therefore only a brief mental trip to imagine applying what happened in the real world at Rendlesham Forest to the Roswell Incident. Imagine that there’s been a Randles, Butler, Street and Bruni in Roswell New Mexico in July 1947!... I’ll leave the imaginary details to you, dear HPANWO-readers, but I think we’ll agree that the whole history of the Roswell UFO story, and indeed maybe even the history of the entire world since, would have been totally different to what it is now.

Just one more Roswell; that’ll be all it takes! Footie is right. Unlike with the Roswell Incident, and indeed Rendlesham Forest, nowadays there are hundreds of times more people who are aware of the UFO phenomenon and our governments’ suspected relationship to it. More and more people are watching the skies and more and more people will be on the lookout for anything related that occurs on the ground. When the next Roswell happens, we’ll be ready for it! Of course there’s no guarantee; the next Roswell could happen in a very remote area or under other circumstances in which the Government still succeeds in fastening the veil of secrecy in time, but the odds are stacked much, much less in their favour today. If anything remotely Roswellian takes place anywhere near Oxford I have a contingency plan in place with what I’m going to do; I advise all HPANWO-readers to form their own.

its a pleasure reading all these informative things.

Thanks for taking the time to discuss this, I feel strongly about information and love learning more on this. If possible, as you gain expertise, It is extremely helpful for me. would you mind updating your blog with more information.

Great information and breakdown here! This is very interesting.

Are you looking for free Google+ Circles?
Did you know you can get these AUTOMATICALLY AND TOTALLY FREE by registering on Like 4 Like?