The BBC Takes a New Tack! 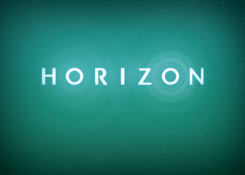 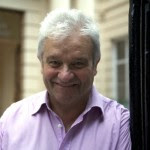 I’ve just finished watching the latest BBC Horizon programme: Science Under Attack. At the time of writing it is available here on BBCi: http://www.bbc.co.uk/iplayer/episode/b00y4yql/Horizon_20102011_Science_Under_Attack/ . It was a remarkable thing to see because it has revealed a major change in propaganda tactics by the Corporation. Gone is the disembodied narrators like Dilly "Sexy-Voice" Barlow and in their place is the warm, friendly and approachable figure of Sir Paul Nurse, the new President of the Royal Society. All his narration is live and shows him travelling by taxi and train and walking down the street like any of us would. He meets his subjects in cafes and restaurants. He’s chatty and kind to waitresses and taxi-drivers, obviously a down-to-Earth guy. His movements are accompanied by soft string and harp music. The theme of the programme is Paul asking, with genuine wonder and very human confusion, why people distrust science so much these days. He is portrayed as the honest man, wanting to reach out, build bridges and understand the doubters and questioners. He doesn’t hurl sharp words like “charlatan” and “poppycock” and he doesn't demonize the baddies like previous BBC documentaries did to people like Graham Hancock and Dylan Avery. He sympathizes with us over our distrust caused by science reporting in the Media. He accepts that scientists themselves are partly to blame and so is kind-of on our side! He’s heartfelt and has a very innocent love for science; like the wonder he felt in his youth when he saw Sputnik 2 fly over London. The producers have managed to cast a presenter whom it is virtually impossible to dislike! This indicates a very signifcant departure from the BBC’s previous strategy of intimidation and smear.

Paul’s first investigation deals with the doubts over the MMCC Theory- Man-Made Climate Change. He visits NASA and is shown on a 3D display how many satellites the Agency has orbiting the Earth looking at the planet and measuring its changes. The scientist he interviews, Dr Bob Bindschadler, explains how clear it is that the MMCC Theory is correct and says that humans burning fossil fuels are the biggest producers of carbon dioxide gas, or “CarbonTM” as it has been rebranded. This I have heard is incorrect and that volacanoes and oceanic life produce far more; over 982 billion tons as opposed to humanity’s 22 billion. This doesn’t include far more potent greenhouse gases like methane hydrates and water vapour. Methane hydrates already leak into the atmosphere in huge quantities from decomposition and animal digestion, hence the “Fart Tax” imposed on cattle farmers. The MMCC-ists have a very neat out to deal with the way temperatures in Europe have dropped and we’ve had some very cold winters: it’s all caused by the weakening Gulf Stream. However Johnny Ball says that the Gulf Stream is generated by the Coriolis Effect, in other word, the roation of the Earth is what keeps it moving. My own views on this subject will be familiar to regular HPANWO-readers. For example: http://hpanwo.blogspot.com/2010/04/alternative-view-4-part-3.html (Scroll down to the David Bellamy section) and: http://hpanwo.blogspot.com/2007/12/convenient-lie.html . Paul also says that Climategate was a “misunderstanding” that got blown out of all proportion! Well I’m afraid that’s what everybody says when they’re caught in that situation. It’s what somebody at work said when he was accused of hurling abuse at a colleague. What about the Hockey-Stick Hoax? What about The Great Global Warming Swindle film? See: http://video.google.com/videoplay?docid=-5576670191369613647# .

Paul then goes on to examine "AIDS denialists”, the notion that the HIV virus is not the cause of AIDS. It’s a notion I share, but have written little about because the question is so crucial; if we get it wrong millions of people will die. However I’m sure enough to speak out now. If I went into hospital today with a bought of pneumonia and snuffed it my death certificate would read: "Pneumonia", but if I went in with the exact same condition, but had tested positive for HIV, my death certificate would read "AIDS-related condition". So what if I got a HIV Positive test and died of pneumonia and the cause was the same as the guy who was HIV Negative? What if the truth is that none of those people die from "AIDS" at all and that AIDS itself, as an infectious virus-caused disease, is just a delusion? AIDS is supposed to do its work by damaging the immune system; well other problems can do that, like drinking filthy water, not having enough to eat, taking drugs, vaccination side-effects. But no matter what any people who suffer those things die of it's HIV Positive = AIDS death, HIV Negative = whatever direct cause-of-death that person died of. What's more in many places, like Natal in South Africa, where more people are supposed to have AIDS than don't, the HIV test is not used and an AIDS diagnosis is made by seeing what symptoms that person is suffering from and then jumping to the conclusion that it is AIDS-related. Incidentally I’m curious to know how such a huge number and high proportion of people managed to pick up the virus when the proportion of HIV infections in Britain is just 3% of 1%. Can it really all just be through sex and dirty hypodermic needles? Credo Mutwa (See: http://hpanwo-voice.blogspot.com/2010/08/credo-mutwa-attacked.html) says that Africans never practice anal penetration during sex, not even gay men; it’s a taboo. Did you know that in the West if you get a HIV Positive test you're immediately put on chemotherapy? Even if you're not ill! And the side-effects of that chemotherapy are, you guessed it, an atrophied immune system. but when you get sick and die of the side effects of AZT (a drug that was previously used to treat cancer patients in the 60's but was withdrawn because it was so toxic!) the coroner will say: "Oh dear, another poor fellow died of AIDS". Some people have lived for decades with HIV and taken no medication, like Christine Maggiore: http://www.aliveandwell.org/ . Do you remember when AIDS first emerged in the 80's? They said you'd die within 2 years if you got it, then that was raised to 5 years, then 10 years and so on. Of course AZT was thanked for keeping those people alive for so long. A member of the HPANWO Forum (See Links column) said above that if I caught the virus how long would I last? Well suppose I didn't last long; suppose I died a few years later of pneumonia. My death certificate would read "AIDS-related conditions", but then I could catch that illness and die without a HIV Positive test; what's the difference and how do you prove a link? This actually happened to Christine Maggiore in 2008. There are a lot of very sensational and photogenic media showmen being used to debunk this idea and maintain the establishment consensus, like Dr Ben Goldacre who I’ve discussed several times before. See: http://hpanwo.blogspot.com/2009/03/bad-science-by-ben-goldacre_25.html Paul says in the film that there is “overwhelming evidence” that HIV causes AIDS, but doesn’t even outline what that evidence is.

My feelings over GMO foods needs to reiteration here. See here for example: http://hpanwo.blogspot.com/2009/06/alternative-view-ii-part-3.html . Here Paul meets a scientist trying to grow a new type of GMO potato. Well, Arpad Pusztai has already done experiments on GMO potatoes as you’ll see in the link above and found them to be highly damaging. He was persecuted and lost his career over this. Does Paul mention this? No!
We've got to be on our guard because propaganda is changing. The new strategy tested out by the BBC here will probably spread to other media outlets and TV companies. The manipulators are trying to meet the new challenge of a more aware populus with new styles and psychological tricks. Don't fall for it!

﻿Hi.
I just wanted to ask if you ever have any trouble with hackers?
My last blog (wordpress) was hacked and I ended up losing a few months of hard
work due to no back up. Do you have any methods to protect against hackers?

Do you have a spam issue on this blog; I also am a
blogger, and I was wondering about your
situation; many of us have developed some nice procedures and we are looking to
exchange methods with other folks, why not send me an email if you are interested.

Feel free to visit my webpage How to Golf

First-class story on Blogger: HPANWO.
It is actually among the best that I�ve found in a
very long time.

(VIDEO) Want your ex CRAWLING back to you...?