Have Jordan and Peter Split? 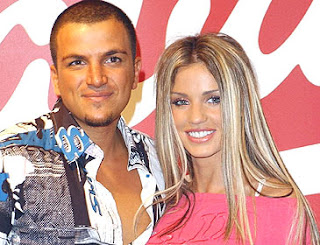 Does anybody give a shit!?

One of the methods the Authorities use to control us is to fill the media with irrelevant garbage and so keep us distracted from useful information. See Silent Weapons For a Quiet War: http://www.theforbiddenknowledge.com/hardtruth/silentweaponsforquietwars.htm

This is the most interesting bit:
Experience has proven that the simplest method of securing a silent weapon and gaining control of the public is to keep the public undisciplined and ignorant of basic systems principles on the one hand, while keeping them confused, disorganized, and distracted with matters of no real importance on the other hand.
This is achieved by:
(1) Disengaging their minds, sabotaging their mental activities, by providing a low quality program of public education in mathematics, logic, systems design, and economics, and by discouraging technical creativity.
(2) Engaging their emotions, increasing their self-indulgence and their indulgence in emotional and physical activities, by:
(a) unrelenting emotional affrontations and attacks (mental and emotional rape) by way of a constant barrage of sex, violence, and wars in the media - especially the T.V. and the newspapers.
.....
(b) giving them what they desire - in excess - "junk food for thought" and depriving them of what they really need.
....
Keep the adult public attention diverted away from the real social issues, and captivated by matters of no real importance.
Keep the public entertainment below a sixth grade level.

Silent Weapons... really reads like a modern version of the Protocols of Zion which I discuss here: http://hpanwo.blogspot.com/2008/02/protocols-of-zion.html . The only difference is the more modern language and the lack of a nomination for the identity of the antagonists. But as I say in the linked article, I suspect that the reference to Jews was not included by the Protocols' original authors. The true authors of both I think are the same!

haha made me laugh

Hi Ben
I don't watch tv & avoid the news (also live outside the UK) so don't know who these pepole are - could be a holiday snap of a couple in Ibiza - I have no emotional involvemement whatsoever simply by reamaining outside current programming. It seems to me that 'immediacy' is a vital part of the media control - being outside 'the loop' even by a few days seems to greatly reduce any effect aimed at us by our programmers.

How much 'interest' is created simply because the same story is shoved daily (hourly?) into the same peoples faces by the 'same-different-same' media - tv, newspapers, magazines & oh yes god help us, radio presenters!

Glad you liked it, ML. Just watch how some other clone will replace Jordan and Peter once they've gone out of the limelight. It's a continousous policy, but it stars with different characters.

I hardly ever watch TV either, Alex. 99% of it is unadulterated pigshite and anything worth watching will almost always end up online. If you did watch TV you'd probably not have to watch for more than a few hours before being introduced to the equivalent of Jordan and Peter in New Zealand. Almost every country has them from what I've seen so far. As with "Roswells", there seems to be some kind of global policy in place. Such a policy would be easy to introduce when you consisder how a mere handful of people control nearly all the mainstream media.

Check out the new HPANWO Voice story. I've posted a link at the bottom of the article. This is terrifying! Alex, I bet this is happening in New Zealand too.

I hope more people will "catch on", our social engineers really wove a gigantic web of deceit!!

Thanks, Michael and Alex. Hope so.