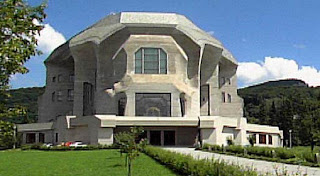 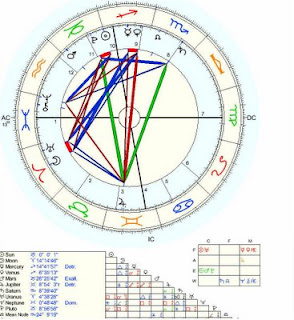 Hi Ben,
I just wanted to say a big thank you to you for the marvellous way that you have adeptly communicated the gist of these talks. You've done a fantastic job. You have a talent for grasping what's being said very well.
I still feel that you'd do just as good a job from the front and if I ever get round to running another conference in the UK then you're one of the first people I'll be asking to speak.
Good on ya mate.

Hi Ben
I've been reading through these articles & I completely agree with Ellis, you really have a way of getting things across, a natural communicator - I'm envious :)
Ok I'm off to grab some tea & toast & then resume reading
All the very best

Thanks for the vote of confidence, mate. Much appreciated. I'd love to attend one of your Oxford Talks. I met Neil Hague last weekend and it was good to catch up with him. Hope he can come too. Glad you're enjoying my review of AVII. I'm quite glad to have finally finished it! It's been quite a task and I want to write about other things.

Thanks very much. Hope you enjoy the remainder of it. Now I've got more free time I'll check out your blog too. Still hope to meet you at Probe one day. Take care.

Hi Ben
A friend forwarded your review to me and I want to say a big thank you for your kind comments - and even if they hadn't been kind, your astute reviews of all the speakers' talks are a valuable resource, especially for those who could not attend the conference, but also for those who did and would like a record of the event. If it's possible please could I have your personal email add? Helennsewell@hotmail.com

Just make sure your box leaves the impression they have something wonderful waiting for them inside of it.
other antlered Teachers like Deer or Elk, Animals like Bear, Wolf, squirrel,
snowshoe hare, cougar, raccoon, otter, weasel, snake, seal, mouse,
or bobcat. It is because sponges have tough exteriors that taste
bad with a network of indigestible and irritating spicules which
are made up of silica or calcium.

Hurrah, that's what I was exploring for, what a data! existing here at this webpage, thanks admin of this web site.

I'll immediately grasp your rss as I can't to find your e-mail subscription hyperlink or newsletter service.
Do you've any? Kindly allow me realize in order that I may just subscribe. Thanks.

Hey I know this is off topic but I was wondering if you knew of any widgets I could add to my blog that automatically tweet my newest twitter updates.
I've been looking for a plug-in like this for quite some time and was hoping maybe you would have some experience with something like this. Please let me know if you run into anything. I truly enjoy reading your blog and I look forward to your new updates.

Hi outstanding website! Does running a blog
like this take a great deal of work? I have very little understanding
of computer programming but I was hoping to start my own blog soon.
Anyways, should you have any suggestions or tips
for new blog owners please share. I understand this is off topic but I simply had
to ask. Kudos!

Woah! I'm really digging the template/theme of this site. It's simple, yet effective.
A lot of times it's very hard to get that "perfect balance" between superb usability and appearance. I must say you've done a awesome
job with this. Additionally, the blog loads super fast for me on Chrome.
Superb Blog!

This post truly made my day. You can not imagine
simply how much time I had spent for this info!

Hi there, its pleasant piece of writing on the topic of media print, we all be familiar with media is a enormous source of data.

Link exchange is nothing else except it is just placing the other person's blog link on your page at suitable place and other person will also do similar in support of you.

Wow, fantastic blog layout! How long have you been blogging for?
you make blogging look easy. The overall look of your web site is wonderful,
let alone the content!

Do you have any video of that? I'd care to find out more details.

What's up, all is going fine here and ofcourse every one is sharing data, that's
actually fine, keep up writing.

I think the admin of this site is genuinely working hard for his
site, as here every information is quality based information.

Fantastic beat ! I would like to apprentice even as
you amend your web site, how can i subscribe for a weblog site?
The account aided me a acceptable deal. I have been a little bit acquainted
of this your broadcast provided brilliant clear concept

Thanks to my father who told me about this weblog,
this webpage is genuinely amazing.

Hello! I know this is kinda off topic but I'd figured I'd ask.
Would you be interested in exchanging links or maybe guest writing a blog
post or vice-versa? My site discusses a lot of the same subjects
as yours and I feel we could greatly benefit from each other.
If you're interested feel free to shoot me an e-mail. I look forward to hearing from you! Great blog by the way!

You really make it seem so easy with your presentation but I find this matter to be actually something that I think I would never understand.
It seems too complicated and extremely broad for me.
I am looking forward for your next post, I will try
to get the hang of it!

Spot on with this write-up, I actually believe that this
website needs far more attention. I'll probably be back again to read through more, thanks for the info!

Your style is so unique in comparison to other people I've read stuff from. Many thanks for posting when you've got
the opportunity, Guess I will just bookmark this site.

Undeniably believe that which you stated. Your favorite justification appeared
to be on the web the simplest thing to be aware of. I say to you, I certainly get irked while people consider worries that they plainly do not know about.
You managed to hit the nail upon the top and defined out the whole
thing without having side-effects , people could take a signal.
Will likely be back to get more. Thanks

Excellent site. Plenty of useful info here.
I am sending it to some buddies ans also sharing in delicious.

And certainly, thank you on your sweat!

I believe that is among the most important information for me.
And i'm satisfied reading your article. However want to commentary on few common things, The site taste is ideal, the articles is in reality great : D. Good job, cheers

What's up i am kavin, its my first occasion to commenting anywhere, when i read this paragraph i thought i could also create comment due to this good paragraph.

Today, I went to the beach with my kids. I found a sea shell and
gave it to my 4 year old daughter and said "You can hear the ocean if you put this to your ear." She placed the
shell to her ear and screamed. There was a hermit crab inside and it pinched her ear.
She never wants to go back! LoL I know this is entirely off topic but I had to tell someone!

You really make it appear really easy along with your presentation however I find
this topic to be actually one thing which I think I would never
understand. It kind of feels too complicated and very large for me.
I am looking ahead to your next post, I will attempt to
get the grasp of it!

Hello I am so delighted I found your webpage, I really found you by mistake, while I was researching on Aol for something else,
Nonetheless I am here now and would just like to say thanks a lot for
a marvelous post and a all round enjoyable blog (I also love the theme/design), I don't have time to look over it all at the moment but I have bookmarked it and also added your RSS feeds, so when I have time I will be back to read a great deal more, Please do keep up the excellent work.

Hi, all the time i used to check web site posts here
in the early hours in the dawn, because i enjoy to find out more and more.

Wow, awesome blog structure! How lengthy have you ever been running a blog for?
you made running a blog glance easy. The total look of your web site is magnificent, as smartly as the content material!

You could certainly see your enthusiasm within the work you write.
The world hopes for more passionate writers
such as you who are not afraid to say how they believe.
At all times go after your heart.

Wow, fantastic weblog structure! How long have you ever been blogging for?
you made running a blog look easy. The full look of your site is magnificent, let alone the
content material!

This excellent website really has all of the information
and facts I needed about this subject and didn't know who to ask.

You made some really good points there. I looked on the web to find
out more about the issue and found most individuals will go along with your views on this website.

Howdy just wanted to give you a quick heads up and let you know a few of the pictures
aren't loading properly. I'm not sure why but I think its a linking issue.
I've tried it in two different web browsers and both show the same results.

I seldom drop responses, however I browsed a bunch of responses here "Alternative View II- Part 6".
I do have 2 questions for you if it's allright. Is it simply me or does it look like some of these comments come across like they are coming from brain dead folks? :-P And, if you are posting on other social sites, I would like to follow everything new you have to post. Would you list of all of all your social community sites like your twitter feed, Facebook page or linkedin profile?

I could not resist commenting. Very well written!

What's up, the whole thing is going well here and ofcourse every one is sharing data, that's in fact fine, keep up writing.

Howdy! This is my first comment here so I just wanted to give a quick shout out and say I really enjoy reading through your posts.
Can you suggest any other blogs/websites/forums that
deal with the same topics? Many thanks!

This is my first time pay a visit at here and i am truly happy to read all at one place.

Bluehost is ultimately one of the best web-hosting provider for any hosting services you might need.

Start following our trades today and make up to 270% a day.

If you need your ex-girlfriend or ex-boyfriend to come crawling back to you on their knees (no matter why you broke up) you must watch this video
right away...

(VIDEO) Why your ex will NEVER come back...