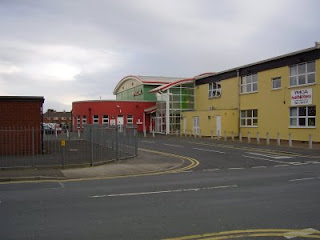 Dean Warwick was a civil engineer who worked on several bridge and tunnel projects for the American government. In the 60’s he was very close to the presidents, vice-presidents and Congressmen. He describes himself as a “whistleblower”. He’s lectured extensively revealing what he knows about the Kennedy assassination, 9/11 and other govt cover-ups. In October 2006 he was scheduled to give a lecture to the UK Probe conference in Lytham St Annes, Lancashire. He told the organizers in advance that this was going to be a different lecture to the ones he normally gave because this time, for the first time ever, he was going to name “the AntiChrist”. He got up on stage and began his speech about 9/11, demonstrating with a stack of cans how the collapse had to be controlled. Then he paused for a moment and keeled over. I know what happened because I was there. I called an ambulance as several other delegates gave him first aid, but it was too late. He was 62 years old and had a wife and children.

I’ve written extensively about this incident because I doubt very much that it was natural causes. I’m definitely not alone among Probe members in my views, but I’ve been one of the most outspoken. The timing seems beyond coincidence (if such a thing exists at all). the lecture was an exclusive. He was about to tell us who the AntiChrist was; it was truly Omen-like. He seemed to be building up his speech to some big climax or bombshell just before he went down. As I watched him, at that very moment, I looked over my shoulders to joke to myself that there might be a sniper in the air vents! The theatrical way it was done was not just about silencing Warwick, it was sending out a warning to the rest of us. A quick perusal of my links column will show you how assassinations like this one are very possible for the Hidden Hand; they have technology that makes the latest spacecraft look like a 19th Century hansom cab. It could have been done by hi-tech poison, energy projection, psychic attack or scalar beam. A scalar beam is like having a gun that can fire a bullet from anywhere in the world that turns into a ghost bullet that can pass through rock, water, walls, metal as if they’re not there, but then just before it reaches its target, it turns back into a real, solid bullet and kills him stone dead. There is no protection from a scalar beam, not even in an underground bunker.

I’ve been harshly criticized for my views. People have said that there’s no evidence of foul play and that speculation will only add to the grief of Warwick’s family. I don’t think this is fair at all. The whole thing about these kinds of hits is that they don’t leave any forensic evidence. They’re either tightly controlled by the authorities, as in the case of JFK, or they use weapons that the police have no idea exist. I would not speak out about this if I was not more than suspicious. I don’t see how keeping shtum about a murder shows respect and sensitivity for the murder-victim's relatives. (This is my contention with the narrator of “Screw Loose Change”) Maybe if we keep speaking out and voicing our worries and concerns about what is being done to us in the name of preserving the power of the Illuminati, then perhaps we can prevent further deaths like this, and save other people’s wives and children from the heartache of losing a loved one.
Posted by Ben Emlyn-Jones at 09:38

I've done an article on this under 'Love never dies', see -http://ustane-backtoeden.blogspot.com/2010/09/experiencing-great-bath.html

Your a bunch of crazy idiots, you give legitimate conspiracies less credibility with your insane ramblings. Do you actually listen to yourselves? Or is that the plan to add weight to discredit that what is true by surrounding it in utter moronic rubbish?